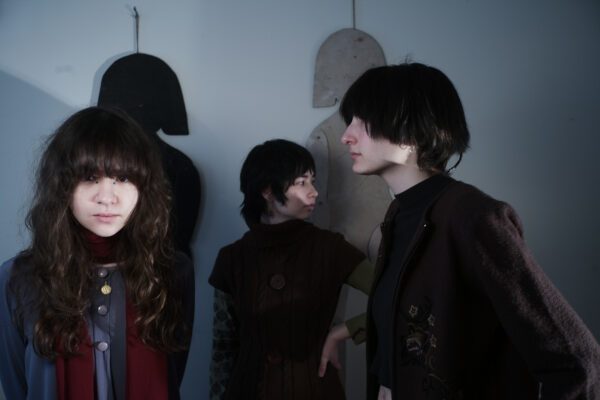 In anticipation of their debut album, Horsegirl have released their propulsive lead single, ‘Anti-glory’. Their album, ‘Versions of Modern Performance’, will be released on June 3rd via Matador.

Horsegirl is the Chicago trio made up of Penelope Lowenstein, Nora Cheng, and Gigi Reece; who met and formed via Chicago Youth Arts Program. Undoubtedly influenced by the creative environment of the DIY scene in Chicago, ‘Anti-glory’ is a harmony of different genres. Calling on conventions of post-punk, shoegaze, “college rock” and other glorious references that are brought together into a quenching, buzzing murmur.

Rocked in by a steady drumbeat, ‘Anti-glory’ soon dives into a melodic hum; with fuzzy guitar and drowsy vocals all blending into a busy, yet tranquil, texture with the obstruction of a call to “Dance!” at its core- a command that isn’t hard to follow. ‘Anti-Glory’ begins its descent via layers of harmonious vocals that mingle and meld into one another, carving out a multifaceted close. The accompanying video, directed by Erin Vassilopoulous, cleverly uses split-screen to showcase their ability to masterfully layer sound. ‘Anti-glory’ feels both playful and familiar, and has a cyclicity that brings it together as a robust whole.