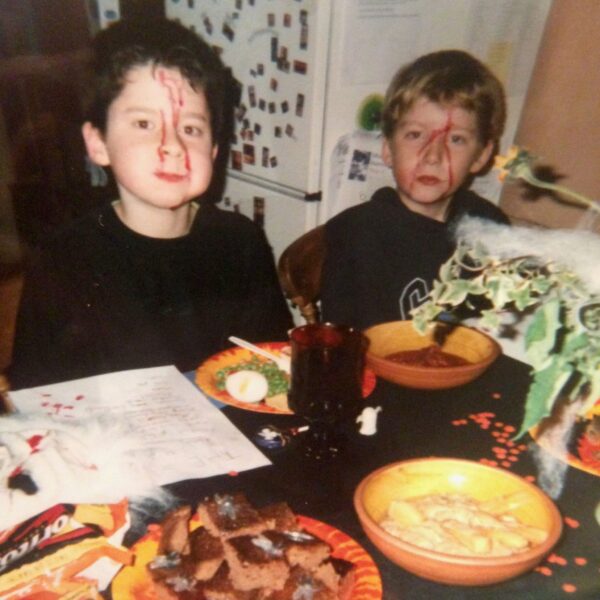 The best kind of racket you could wish for in a mid-week release, ‘Sippy Cup’ is a short, sharp burst of eccentricity that commands attention from the off with Jekyll and Hyde vocals enveloped in a mass of spontaneous, jovial noise.

In just under two minutes the track feels like sitting in a teacup at an amusement park, sounds sedate enough? Except as soon as they spin to life your teacup flings itself off its hinge to enter a dimly lit tunnel leading to the set of a quiz show from the 70’s where dazzling, retro organ sounds pulse frenetically amid shouts and screams of joy from the audience, before you abruptly find yourself sat in the plush seats of a cabaret club, cig in hand, watching the Horsey lads croon down the stairs with a magnitude of flair and brilliance. From the mighty vocals to the marriage of slick, quick drums and nimble guitar that crescendo up before falling about laughing together, the track is a proper delight.

Maybe it’s the intrigue, the non-succumbing to showering screens with their every move on social media, or the originality and the element of surprise, but Horsey are a band that have really made that pang to see live music kick up a notch, dispelling from a dull ache to a piercing urge.