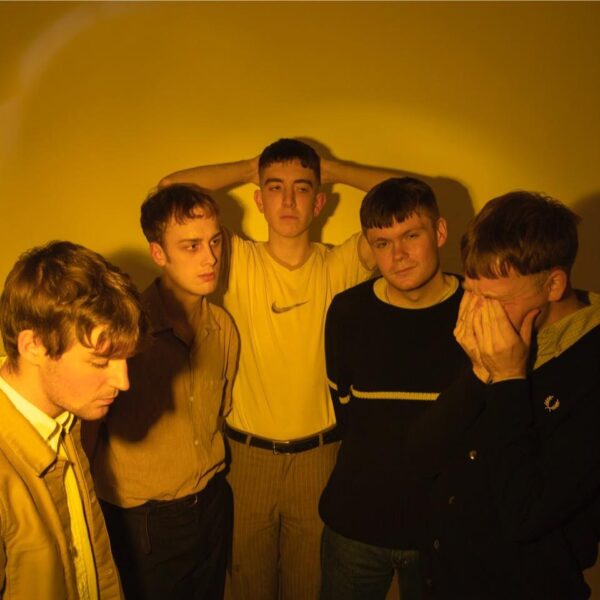 Following on from the ironic gift of a terrace anthem that was ‘The English Disease’, those likely lads in Hotel Lux have returned with another stomper in the pertinent ‘Tabloid Newspaper’.

Another brash yet jovial take from the group, ‘Tabloid Newspaper’ questions its own being – in particular its spinning of the truth to be more attractive to a listener. It’s a clever juxtaposition – the band rightly attacking the lack of truth that reigns supreme in politics and media – but also combating their own approach, how songwriters spin a clever tale in the hope of gaining a few extra Spotify streams.

Whats always been the central fixture of Hotel Lux’s modus operandi is Lewis Duffin’s incensed yet ponderous lyricism – at odds with the society he’s a part of but also with himself. As their music has become brighter, perhaps even sharper in it’s presentation – Duffin has become more reflective, leading directly with his own perspective rather than investing it within characters of darker narratives. It’s fitting – the band becoming bolder as they arguably become more accessible.

‘Tabloid newspaper’ is the first track taken from Hotel Lux’s debut EP ‘Barstool Preaching’, which is set to be released next year.

Catch Hotel Lux live in 2020 at the dates below.