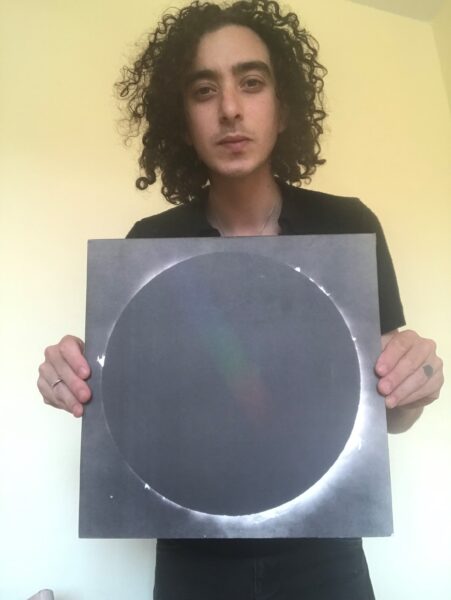 Everyone’s favourite Danish rock and roll band, Iceage, have picked the sleeves which matter most to them, and told us the story behind the artwork of new album/compilation, ‘Shake The Feeling – Outtakes & Rarities 2015-2021’ (Out Now).

Ahead of the release of their favourite “misfit children”, and with the band now over 7 years in, we reached out to Iceage in search of their creative inspirations. As we revive our feature, ‘Sleeves’, Iceage give us the story behind their most recent album cover and choose five of their favourites. Eyes peeled for Crass, Snoop Dogg and more.

Hey Iceage, can you share a story from the artwork of your new record? 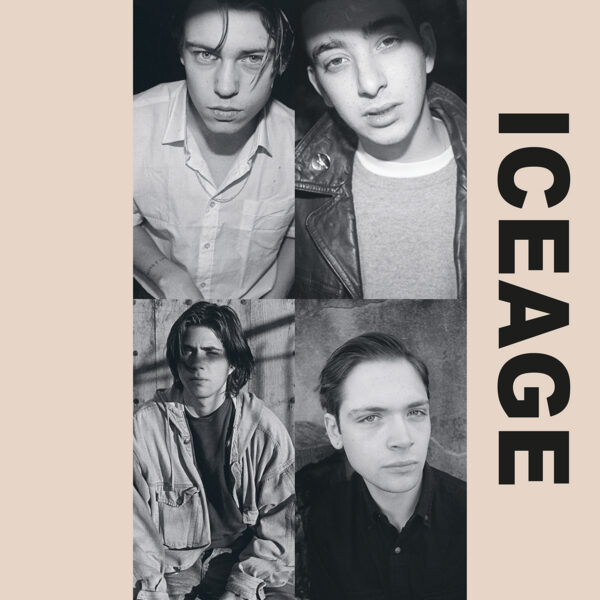 We went through a bunch of ideas, as is often the case! To begin with I wasn’t quite into doing something that looked too “archival” or like a document but realised that this is exactly the kind of record this is and that is what would suit it. We stumbled upon a huge folder of photos by Danish photographer, based in London, Kim Thue. He went along on one of our first UK tours and his way of being made us let our guards down and allow him to come close, which was quite rare with photographers at that point. Kim also shot what I consider one of our best looking music videos, “Against the Moon”. We picked but a handful of the photos from that tour and I think they have (a quality which I guess is inherent to photography) a sense of life frozen in time, quickly caught in a net and stuffed in a jar, squirming. Our graphics wizard at Escho, Nis Sigurdsson set it up and the single covers (so far) are by our bassist Jakob who does great collages. The portraits on the front are from a stay in our friend and then tour managers house in rural Tunbridge Wells and this is also where Elias found the mummified rodent that’s on the label. Kim has a beautiful book called Dead Traffic and a new one on the way that I’m excited to see!

Thank you, now could you tell us about five record sleeves that have influenced you in life, emotionally, or in creative direction? 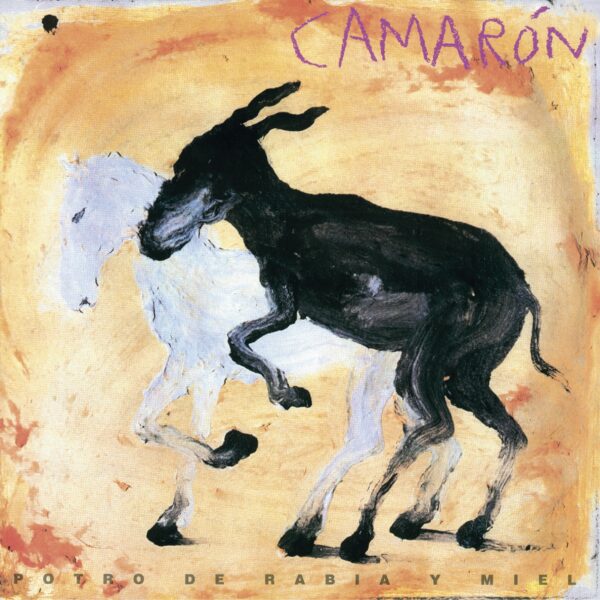 The last album by, arguably the king of flamenco, Camaron, released three months after his death is presented with a painting (by Spanish painter Miquel Barceló) depicting a dark horse or donkey fucking a light one. The album’s title roughly translates to “Foal of Rage and Honey” and this is the dualism I see in the cover, of good and bad, pleasure and pain, in flamenco as in life. Camaron, faced with his own death, choosing to put this on the cover, to me shows a deep wisdom and understanding of mortality and balance. Also the first record that got me deep into flamenco so it is very special to me, thank you Casper! 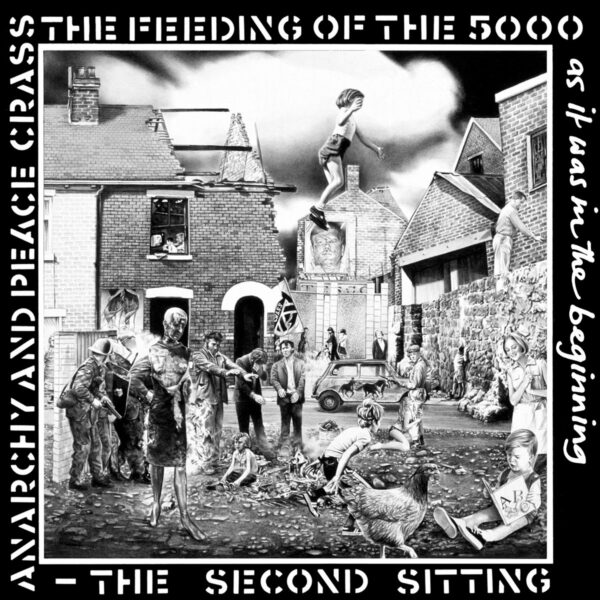 Apart from being the quintessential and best anarcho punk band, Crass has the best artwork as well, in my opinion. The drawings and collages of Gee Vaucher have the same effect as Crass’ music- confronting the viewer/listener with their own conscience and the utter horrible state of the world when it comes to justice, dignity, rights and through the artwork highlights how ridiculous the dystopian horrors of war, capitalism and oppression look through a crooked plastic wrapped commercial, selling nothing but greed and death.

This is a live recording (I think) of the Japanese group going absolutely out of their minds, wailing on and on, wrapped in a photo of a total eclipse of the sun, the inside with closeups of flames protruding from it. The LPs (3 sides) are clear with some really nice sight-test looking blot work on the labels. Listening to this while looking at the darkened sun makes you feel its warmth and can spiral one into a state where you flow completely, surrendering to psychedelic guitar solos and the sun and the circle as an ancient symbol, possible deity and groundwork for life. 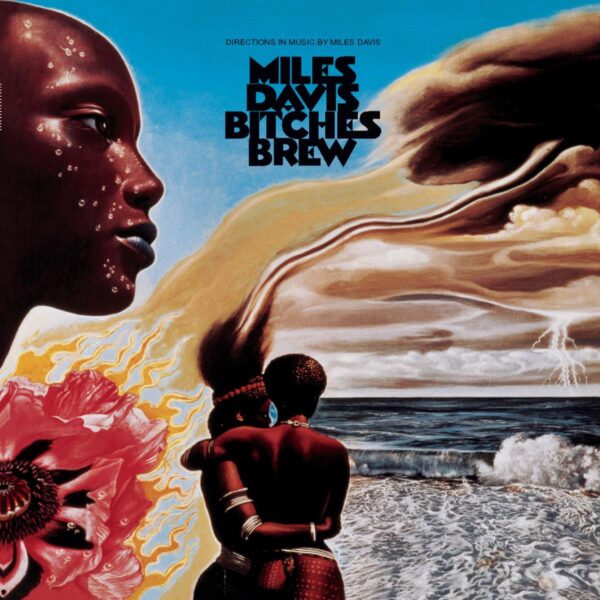 I’ve gazed at this sleeve long before I started listening to Miles Davis and it really pulls me in. Something I think is interesting (and extremely difficult) is the portrayal of a humanness or “universal” quality, something that speaks to and of all of humanity. The outstanding artist behind it, Mati Klarwein, who’s responsible for a lot of other amazing record sleeves, catches glimpses of this relation between human and nature, the world and beyond, in an astounding way. As a painter in his own right I think his style is incredible and merging this with this (and other) records which, to me, sound like they’re dealing with some of these themes or connections is perfect. 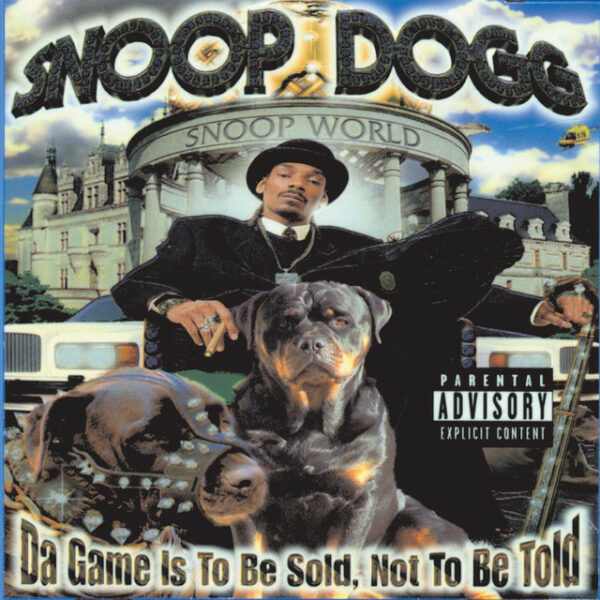 Snoop Dogg- Da Game Is To Be Sold, Not To Be Told

Far from the best Snoop Dogg album this marks his move to No Limit Records, who had loads of really good sleeves designed by Pen & Pixel Graphics. This is to me the ultimate example of gangsta hiphop luxury, flaunting a huge mansion, golden cane, multiple dogs with diamond spiked collars. Everything has little sparks added to it, everything glowing, letters flying and the 3D style effects of this, and a lot of other 1990s hiphop covers, present a style that is so relentless and appealing, at times delusional, but beautiful immersive works of art in themselves, worlds existing within music and its presentation.