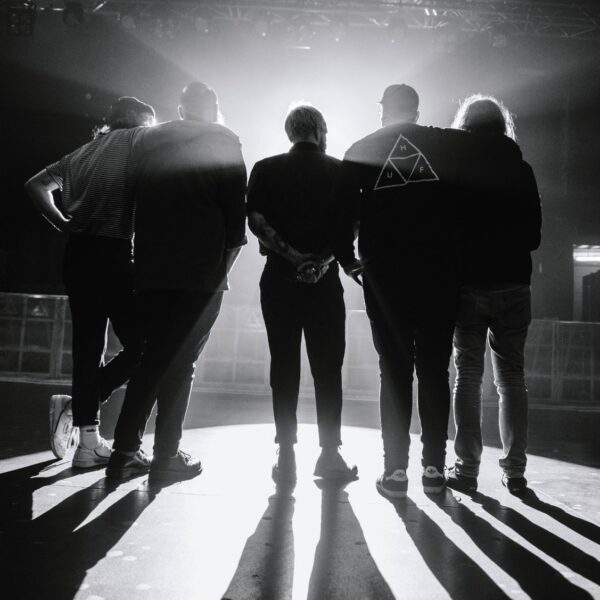 Stone Cold Steve Austin, Mary Berry, Charlie Sheen, don’t they all have something in common?

Idles have always had a way with a turn of phrase, embodying an iconic or infamous figure to express spitting angst or to personify the aforementioned’s detestable behaviour as a movement against it. With new single ‘Mr Motivator’, the first impression of their forthcoming third album, they deliver a whole fucking songs worth of them to give a proper middle finger to the detractors, but you can bet it’s with a sly wink and a tongue also firmly in their cheeks in view of what’s ahead.

The track on immediate consumption fairs familiarly like a firm staple, as much a buzzing statement of intent as a calling card to stand united. But against what? What are we standing up for here? The reasoning is all too coy, Talbot’s words brewing more and more surreal and manic imagery, however vivid it may seem. What feels refreshing is not only their own self-awareness to exaggerate on their own idiosyncrasies to the point of ridiculousness in spite of disparagers, but it also feels like they are attempting to subvert their own die hard audience’s expectations of what’s to come. Be sure not to count your cards too early.