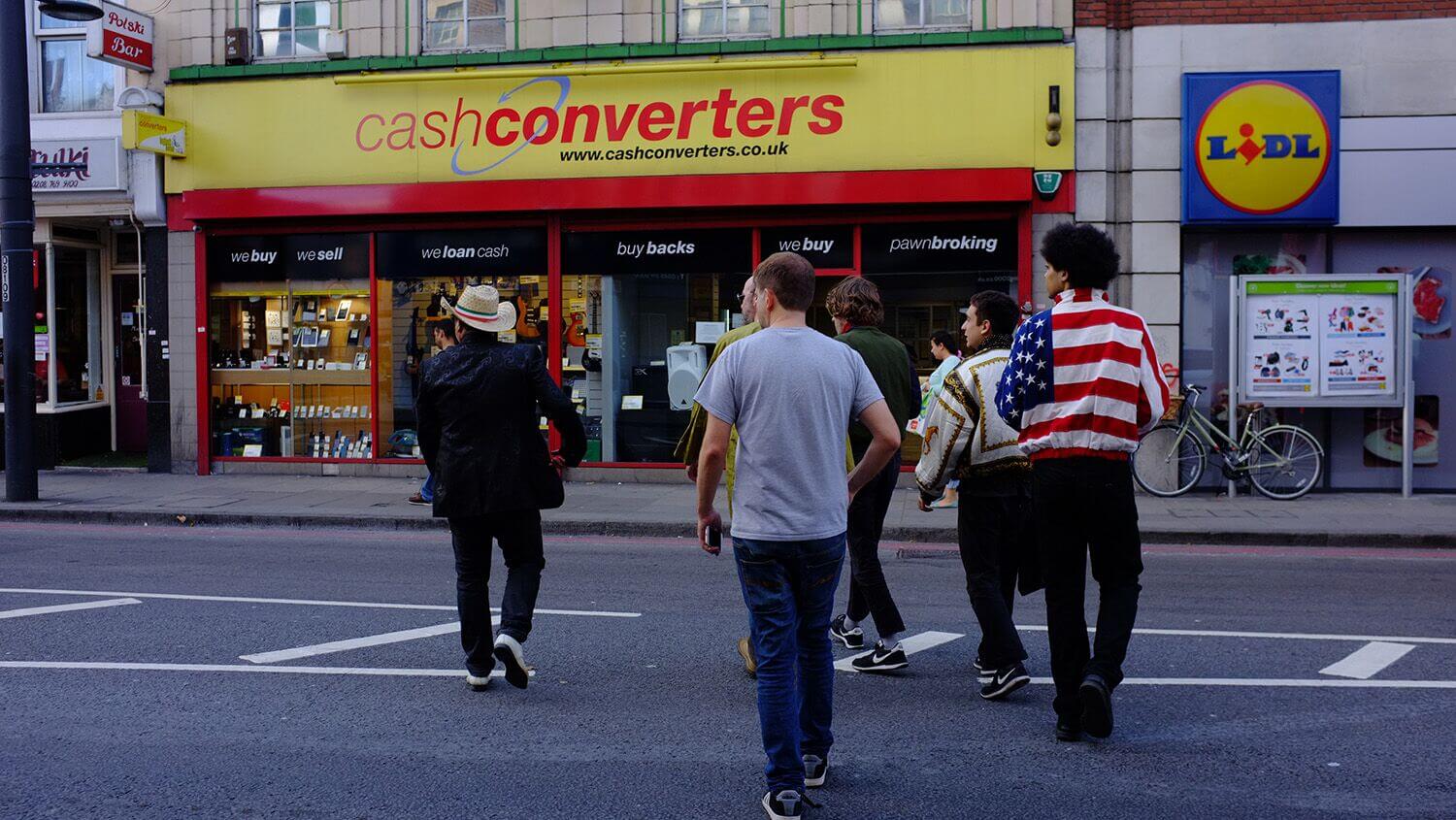 Warmduscher’s music is among the most scintillating and arresting in the world today; London-via-US garage rock oddballs have cultivated a thrashy mangled reinterpretation of Beefheart’s blues and The Monks mania that is entirely their own. Fronted by Clams Baker, the cowboy troubadour behind Paranoid London, with help from The Saulcano (Fat White Family, Insecure Men), Lightnin’ Jack Everett (Fat White Family), Mr Salt Fingers Lovecraft (Childhood, Insecure Men) and The Witherer aka Little Whiskers (Paranoid London), this band make bloodthirsty reptilian rock ‘n’ roll.

Today they announce the arrival of their firstborn full length album, ‘Whale City’. Out June 1st, it’s a chronicle of Baker’s own weirdo comic book world, wherein ‘Big Wilma’ is the primary force for good and the Sweet Smell of Florida is always in the air. On the new album, the video to ‘Big Wilma, and many more hot potatoes, we caught up with Lightnin’ Jack.

Hey Jack. Can you tell me about the new Warmduscher album?

It’s called Whale City. We recorded it in 2 or 3 days with Dan ‘The Laser’ Carey at Speedy Wunderground studios in Streatham. It’s a solid gold banger from start to finish, real salad-tossing music.

Who is Big Wilma?

Big Wilma lives in Whale City and robs guys for their cash – at least that’s what Clams told me. She could be anyone though. I think she’s a positive force in the world.

Can you tell me the story of the video?

It’s the story of a sleeper agent sent to Korea to find Big Wilma – who or whatever that is – only to slip into a Colonel Kurtz type of madness, shouting down dead telephone lines and trying to steal strangers’ belongings in search of a secret dossier that doesn’t exist. The video was made by esteemed filmmaker Soojin Chang and me, in Seoul, Mangsang Beach, and Busan. They hated me.

We went to the DMZ between North and South Korea, and heard about the ‘flagpole war’, where one side added nearly 70m to their flagpole, just to be higher than the other. North Korea plays speeches praising their glorious leader across the border and the South Koreans blast K-pop back. It’s polarisation to the extent of absurdity and, in my experience, makes it quite a manic place to be. I think the video reflects that.

How do you capture the intensity of the live shows on record?

By recording live in as few takes as possible, with minimal overdubs. Also never rehearsing probably helps in some way

What can we expect from the next Warmduscher record?

I couldn’t tell you at this point. 20 minute gamelan solos and Gregorian chants maybe.

Whale City is out June 1st. The band tour the UK and Europe later this year. Dates below. 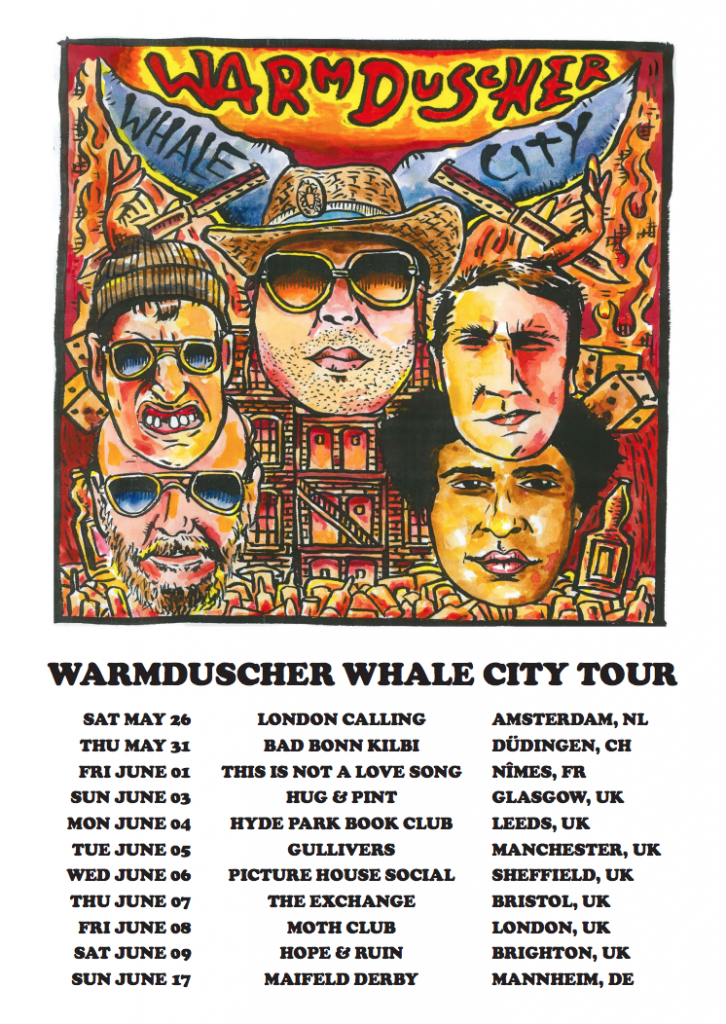