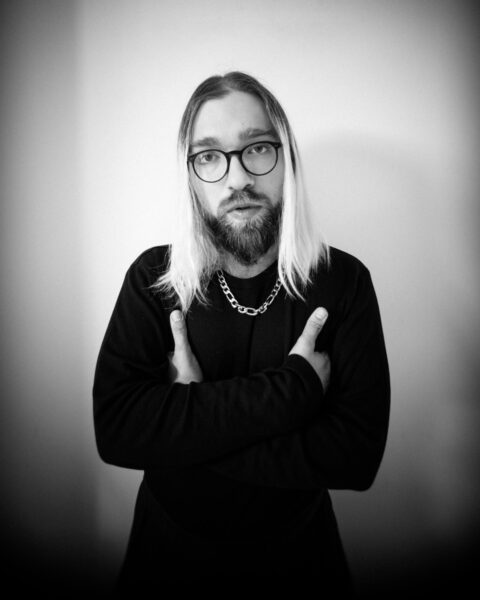 Director and Photographer, Will Reid is fast becoming the go-to for a lot of exciting new bands that are emerging, creating really stand out pieces to accompany their releases. We got to know more about his process and career so far. 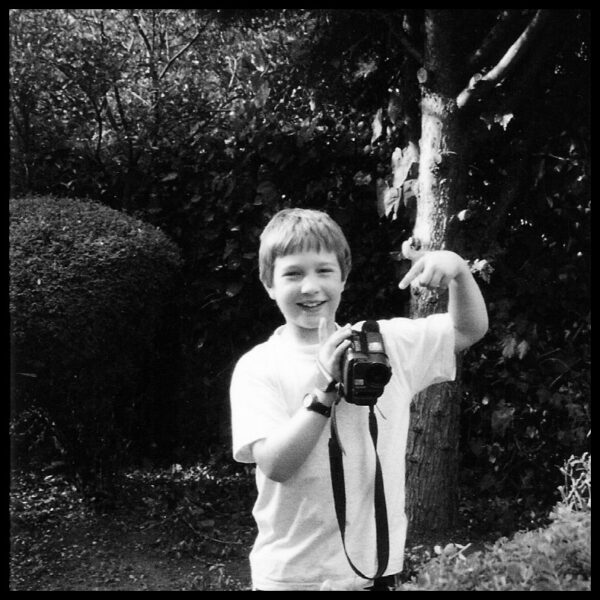 What first drew you to photography?

Although it might seem a trite cliche I’ve been into photography and filmmaking for as long as I can remember. There’s lots of late 90’s Hi8 tapes from Dad’s camcorder that are full of me and my brother Ed (who I now co-direct and make films with under the moniker “The Reids”) faffing about and making films with Lego n that. I’ll try and dig out some relevant frames to prove this dedication to the craft. We actually used that same Hi8 camcorder on projects until it died a few years back and then I went on a mad eBay crusade to buy about four in order to carry the spirit of childhood filmmaking into our current work. Photography wise, I rescued an old 35mm Pentax SLR from the loft when I was about 13 and became obsessed with it. I’m really glad I learned photography on a manual film camera, because you grasp the fundamentals so much faster and with a steeper learning curve when you fuck up film and have to go back and figure out where you went wrong, versus just seeing instant images on the back of a DSLR screen. I got my first digital camera when I was 15/16 and, really, fell into it at college as a way of avoiding painting and drawing. I was too impatient to get good at that stuff so I convinced my teachers to let me use the camera instead and it just blossomed from there. I just started shooting more and more, hustling with it, shooting gigs around east London in my mid-teens and then finessing work at some record labels as a runner who could shoot stuff. That first DSLR of mine was one of the first Nikons to have a video mode on it and one day I used it and was like “oh sick yeah, I remember how much I used to love filming stuff” and that was the gateway into video stuff properly. 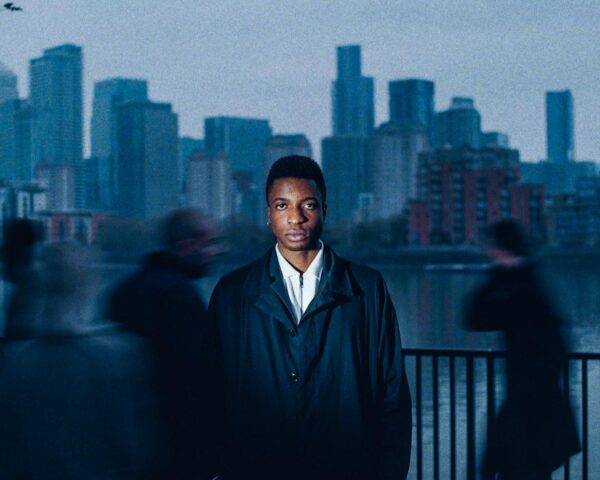 When it comes to inspiration for creating work, I’m always fed by input from the world around me, of course – stuff I’d seen, read or listened to recently that was clanging around my head and nurturing some sort of desire (case in point: I’d been on a Wong Kar-Wai tip before shooting ‘London I Love You, But You’re Bringing Me Down’ for Malady and as a result, Christoper Doyle’s (Kar-Wai’s DoP) work influenced how I shot parts of that video). Me and my brother have a very strict set of self-imposed guidelines and rules when it comes to our output. A sort of “idea quality control” that only lets the good ones through to get explored further. By holding thoughts up to these instincts it helps refine things down to the most potent bolts of inspiration. Our main drive is about trying to make stuff WE haven’t seen before, or putting disparate references together in a new way to make something that feels fresh. That’s the most inspiring thing. 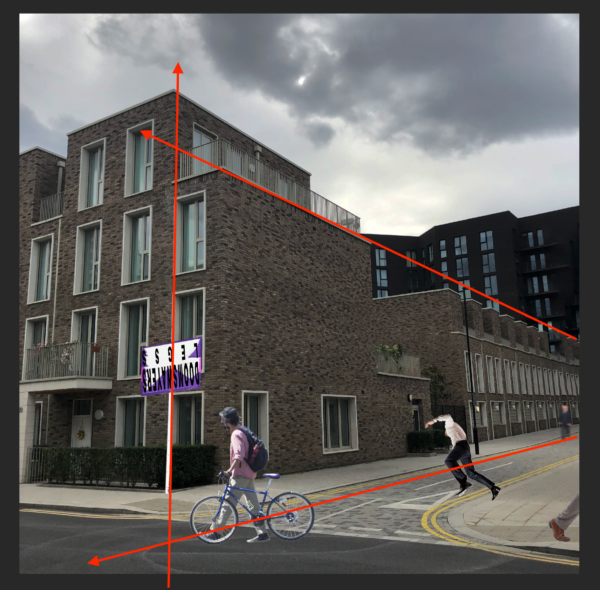 I really love the cover you did for Legss’ ‘Doomswayers’. What was the process behind that one?

The ‘Doomswayers’ EP with Legss has been one of the most fulfilling things I’ve ever worked on. Both the sleeve and our video for ‘On Killing A Swan Blues’ (big shouts to Joe Taylor / DENIAL here too) were dream projects for me. The lads came to me with the idea for the sleeve – Ned (Green, Legss frontman) references the parasitic plight of the London New-Build phenomena in the opening of ‘On Killing a Swan Blues’ – “doctor doctor, I think I’m at deaths door / every step I take, a different render” – and I think the theme of this housing Invasion-Of-The-Bodysnatchers that’s happening all around us was something we both felt strongly about. Fucking new builds, man. They’re everywhere. Their homogeneity is crushing areas that used to thrive on idiosyncrasy and esoterica. So we kinda wanted to play on this idea of how they felt so warped and wrong and surreal to us by making our own Hoarding Render showing a fictitious New Build project populated with bizarre figures (the 4 members of the band). It was shot in Docklands in an area that’s a particularly sterile New Build Village. My very talented mate and retoucher Jacob Ray went IN on Photoshop, comping the band back together from the individual plates we’d shot and doing even more polishing on the environment to make it appear evermore fake so it looked like one impossibly chaotic moment. SO proud of the sleeve. I have one of the vinyls framed in my shed. It’s also one of the best EP’s I’ve heard in a long time (I may be a tad biased) – it’s very nice to have been involved. 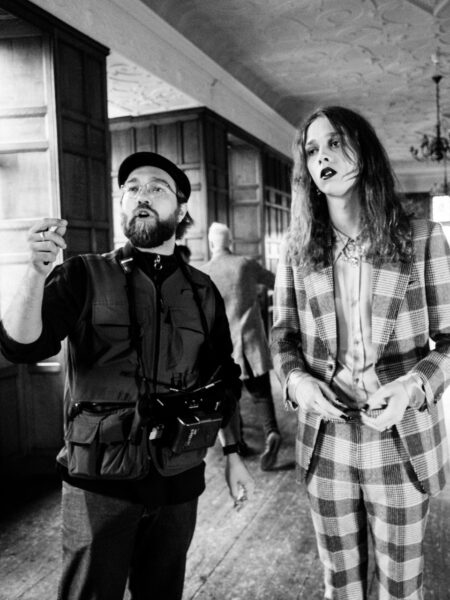 What photographers have had the biggest influence on you?

Photographic influences are an ever changing topic for me, but I guess leading on from your question about the sleeve for Doomswayers, it makes sense to bring up Gregory Crewdson. He provided one of my earliest “wow” moments when it came to stills, because his work overtly combines the sensibilities of cinematic storytelling with stills photography in a way I’d not seen before. It opened my eyes to what this medium could do. He once said his images are “movies shot at 1 frame per second” – and that quote really stuck with me as a concept and a way of thinking about high production value photographs. Then if I had to throw a few more in the mix I’d say Nan Goldin and Martin Parr. I have books by those three very close to my desk at all times and I guess the frequency with which I look at them must mean they’re the baseline for me. And Lynch, always. 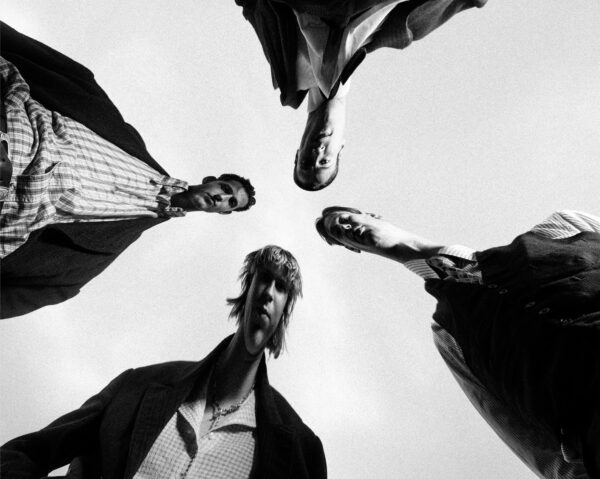 How did the first lockdown affect your work/creativity?

The first lockdown was an odd one for my creativity because I actually got so much done. I was lucky with that. I had been busy really for the whole year leading to it and I’d had no time to get into personal work, but loads of ideas for photography / prose projects (I did a lot of writing). So once I’d slept for about a week and resigned myself to the situation, I put a few things together and did loads of R&D for techniques / ideas that have since found their way into projects I’ve shot. Spending that much time getting introspective and reflective was useful – then. I think it’s going to get harder to find that energy the longer this goes on. 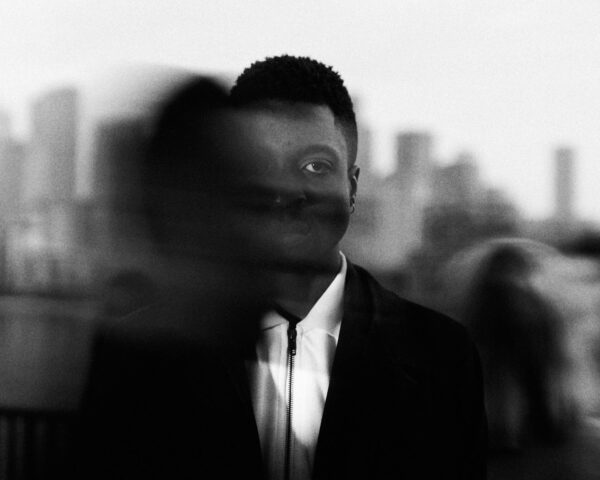 Would you say there is one theme, however vague, that runs through all of your work?

I was once told by a very close and intelligent mate of mine (who’s also a director) that he thought the theme of ideas core to my work was Duality / Duplicity. It’s hard to see that kinda stuff in your own output sometimes because your nose is shoved right up on the glass, but someone who’s a few steps back and has a better objective overview of your oeuvre can be very useful. That was a massive lightbulb moment for me. I felt it wasn’t just a valid read of work I’d done until then, but since I’ve noticed these themes appearing in new ideas totally subconsciously. Whether via inception or nature I’m unsure. But that’s all I’m going to say about that. 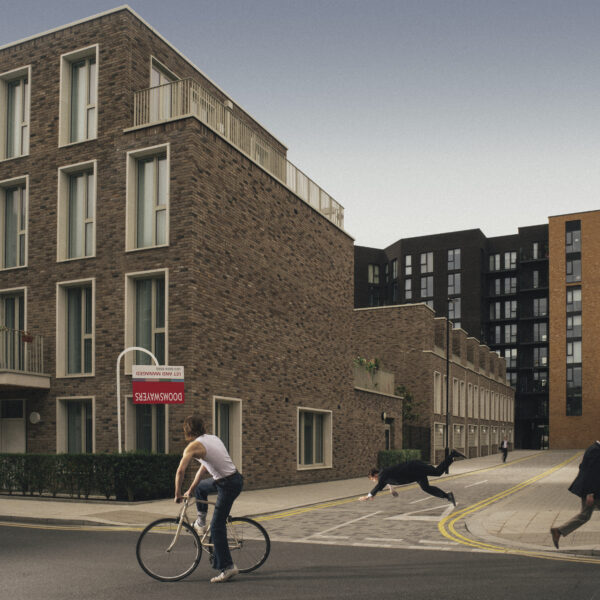 Your work is starting to become synonymous with a lot of the exciting new bands we cover in So Young. How did that come about? The Malady and Legss stuff in particular is really exciting…

That’s very nice of you guys to say. I’d like that to become a thing for sure! My emails and DMs are always open for new bands and artists. I try and strike a balance between commercial work and passion projects like music videos (Malady’s vid being a recent example). I do the commercial stuff so I can take on smaller budgeted projects because that’s what feels most fulfilling to me. The hookup with Legss started after me and Joe (DENIAL) created a zine together over lockdown called COMMUNION (which you can still buy on the Denial store!). Legss featured in it. We shot some promo / press shots with the band for that publication and then got chatting about their upcoming EP on the shoot which led to everything else… Junior from Malady was actually in the video for ‘On Killing a Swan Blues’ – we got talking on set about their upcoming single “London” and it just went from there – so it’s all been a very organically flowing thing. I’d love to keep it going and smash out some more promos this year but it’s just a shame that gigs aren’t happening (really missing the Windmill) and shoots can just about happen, but right now it’s on ice again during the current lockdown, which is a necessary arse. It will come back. I’d love to work with some of the recent So Young cover stars like Black Country, New Road. black midi would be dope to link up with. Slow Dance records have some awesome people on the roster at the moment. The new Dream Wife record is cool, too. I basically just wanna keep pushing the creative work rate with bands I admire. 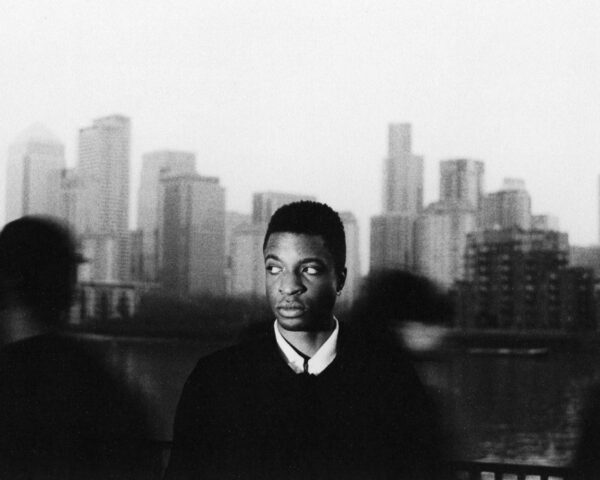 Average workday always starts with making coffee. V60. Hand grind the beans and all of that. Proper ritual. Then it involves a few hours of battling (potentially caffine-induced) existential dread and emails before maybe getting a few things done & even making some work. Me and Ed will probably cook food in there somewhere, too. We eat a lot of scrambled eggs. 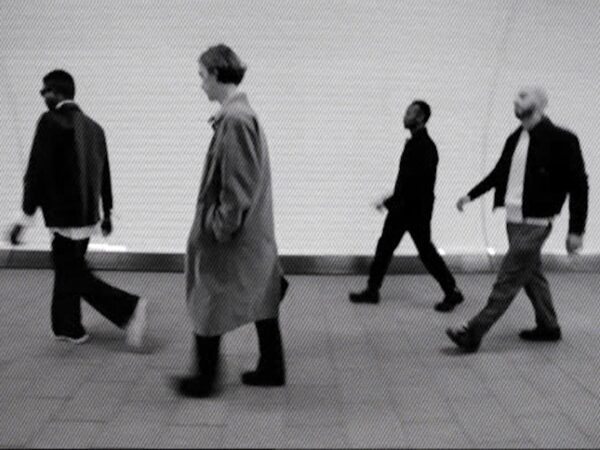 What are you currently working on? And what can we expect to see from you in the near future?

This week we have another music video coming out, and Ed and I have a few The Reids short films in varying degrees of pre-or-post production that’ll hopefully be coming out soon, unless we hold them back to birth properly in what’ll be a post-Covid world. That’s the mission for this year: more good music projects, as we’ve discussed, and properly starting to move into fiction storytelling (something I’ve been laying hints towards, like with the dialogue scene in the Malady vid)… I’m also trying to figure out a zine with writing and stills photography. Right now it’s about staying safe and sane, as I’d wish to all of ya. 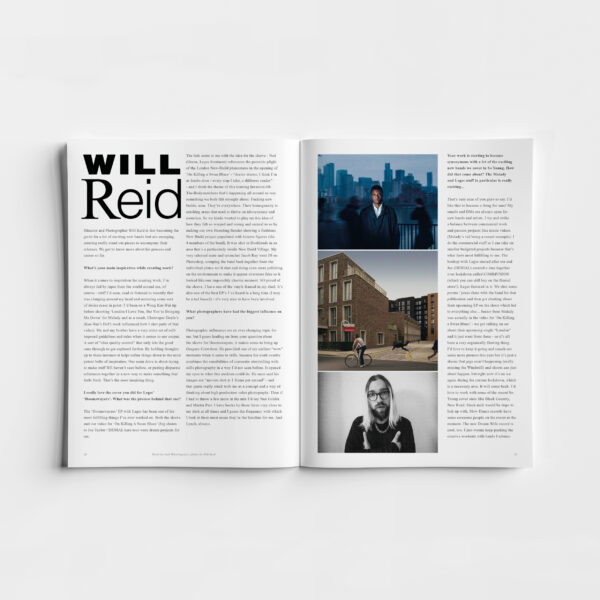