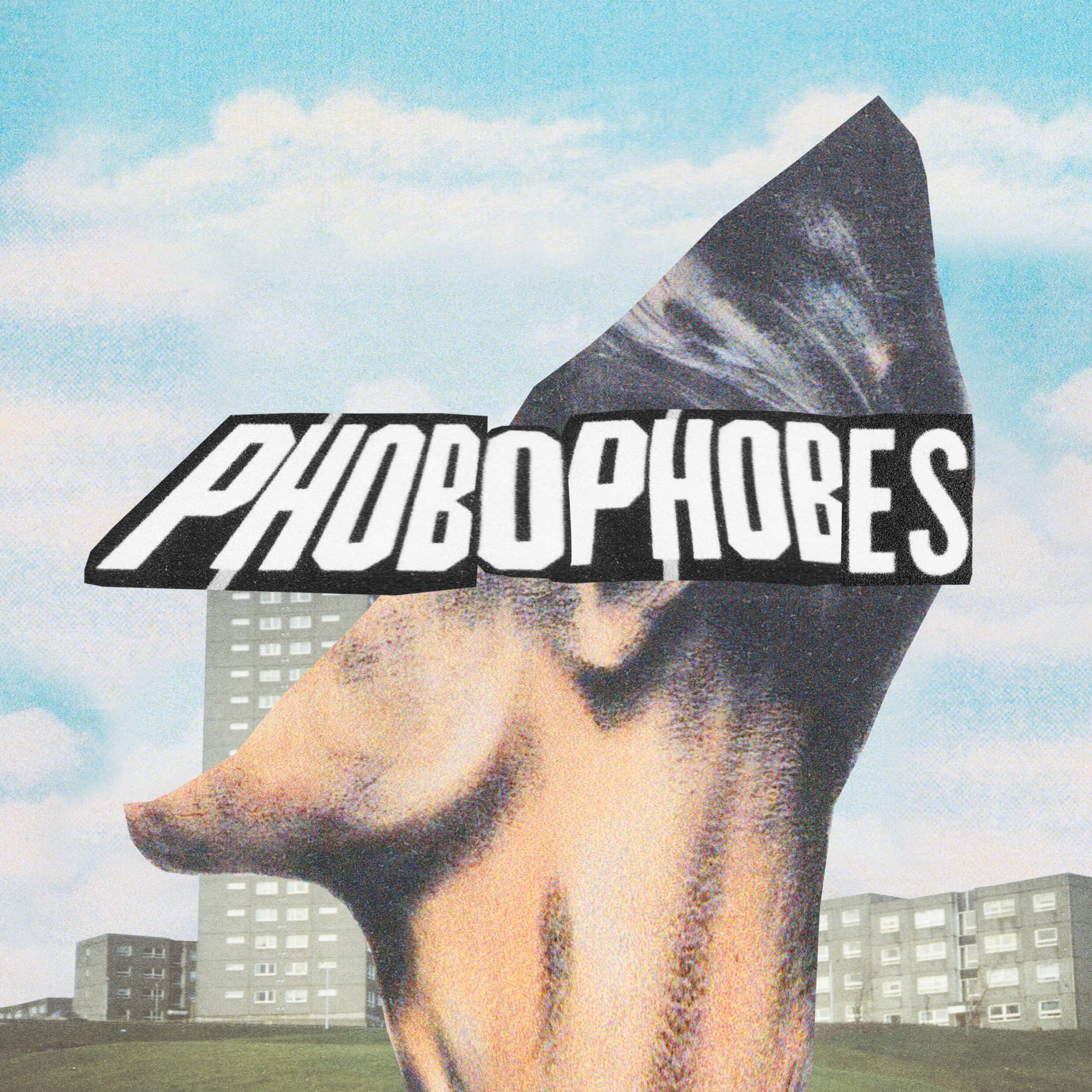 Consisting of former members of Fat White Family and Meatraffle, Phobophobes sleazy brand of psych is integral to the gene pool of the ever-evolving South London music scene. Following on from a fairly shitty 2016, the band have been grafting hard, utilising every thought and inspiration from last year and pouring it into their impending releases, including their latest single, The Never Never, out on March 17th.

Disembodied organs lay the bedrock of The Never Never as frontman Jamie Taylor intones how “Jesus was a carpenter” and “Mary, a single mum.” The song works as a repetitive cycle, fashioning itself on the “precarious survivalism of society’s most disenfranchised” making it a pretty apt social commentary for the greedy, excessive consumerism of modern day.

We caught up with Jamie and Chris to see where their minds are at right now.

A Phobophobe is the fear of being afraid; what are your own phobias and fears?

In today’s social climate I’m sure there are plenty of fears we all share. Right now my biggest fear is that prejudice and injustice continue to spread across communities, fuelled by media moguls who profit from hysteria. And I have a phobia of orange people. And golden wigs.

How have you found releasing music through Ra-Ra Rok Records?

For us it’s been ideal. They understand us, where we’ve come from and where we’re heading.

South London seems to be generating some of the best bands in the country at this moment in time, what do you think it is about the place that breeds such creativity?

Who knows? What’s good about south London though is that we have venues like The Windmill and promoters like Tim Perry that give us the platform to get on with what we’ve got to do. The landlord Seamus has even allowed us to build a studio in the basement in exchange for playing regular show there. Without these places we’d be chasing our tales. And also we all work on other projects together and party a lot outside of gigs, which inevitably feeds back into our writing. The other thing is that we work bloody hard.

Who is your favourite band to play a show with?

Right now its got to be Dead Pretties. They know how to get into the blood stream real good. Which is pretty lucky as they’re supporting us at the single launch for The Never Never in March. 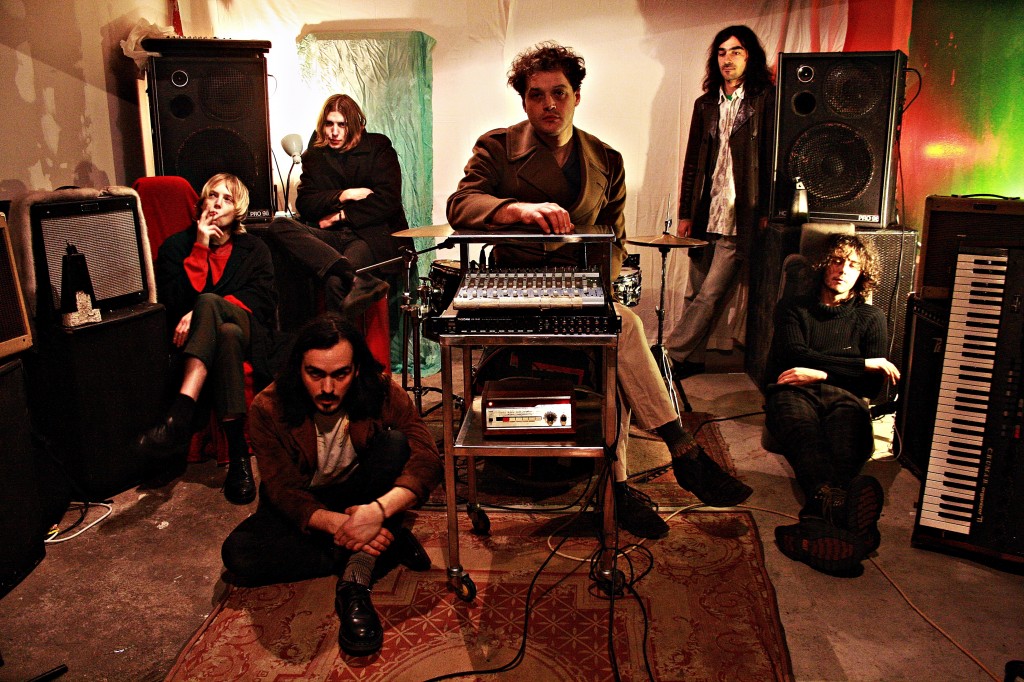 If you could choose any historical figure to be in your band, who would it be?

Not sure how you define an historical figure exactly, but I reckon I’d ask Oliver Reed to do backing vocals on tour. Always wanted to be in a band with Oliver Reed. If he said no then Charles Bukowski would have to step up.

You mentioned how The Never Never is a critique of today’s excessive consumerism. You also touched upon the fact that there’s something not so different between our idols who struggled to survive compared to those ordinary individuals struggling to survive in our current climate. Is that why you chose to reference Jesus and Mary in the song? Why those two in particular?

It’s a three minute(ish) song with quite obvious hooks and a “rock” solo at the end, before one final sing-a-long chorus. It’s a formula with a bit of weirdness. I think its good to keep things simple sometimes and Jesus and Mary are the go to religious idols in the culture I live in. Its not specifically about religion. I’m using religion as an example to try and humanise these idols surrounding us, whether they have existed or not; religious figures, politicians, footballers or rock stars, they’ve been duplicated and diluted into obscurity. I think admiration and respect for others is important but it has become very one sided in celebrity culture and I think there is no such thing as an ordinary individual. The juxtaposition of the two words are actually quite contradictory. I suppose it’s about equality and mutual respect for one another.

How do you personally perceive religion?

How I perceive religion is that it’s always been a form of social control, fear of mortality and occasional tax avoidance. It has no real relevance to me, however, I can appreciate the security religion offers to others. It’s their choice to believe, as it is mine to be an atheist. Capitalism paired with religion has boomed in certain cultures and like so many empires it has purely profited from something that could be quite humble and honest. Art and Entertainment seem to be more popular than religion these days and again, the money making side has taken over. I’m not saying that these industries shouldn’t thrive; I just think it’s got a bit excessive and we should reconsider where we all channel our wealth.

I read somewhere that you think your music sometimes sounds like it should be in a George Romero fiIm. Are you particularly influenced by horror films?

Yeah we sometimes think our music would sit well in a horror film. But I wouldn’t say we were particularly influenced by them, no. Who needs to watch horror in a film when we are surrounded by it in reality? Plenty of horrific inspiration out there.

Your songs seem to have a perverse theme running through them. Do you find yourself automatically attracted to the darker side of human nature?

Yes. Absolutely. It’s where all the interesting stuff is. The absurdity of life on this planet is unavoidably attractive.

What dates are you particularly excited for on your upcoming tour with LIFE?

The Hull show is going to be a big one no doubt. And King Tut’s is a venue we’ve always wanted to play. But really the whole thing is going to be one big sordid smudge as we steam through the country. We have a good time with those boys.

Phobophobes mark the release of ‘The Never Never’ with a special show at Moth Club, London on 13th March. Buy your tickets here.