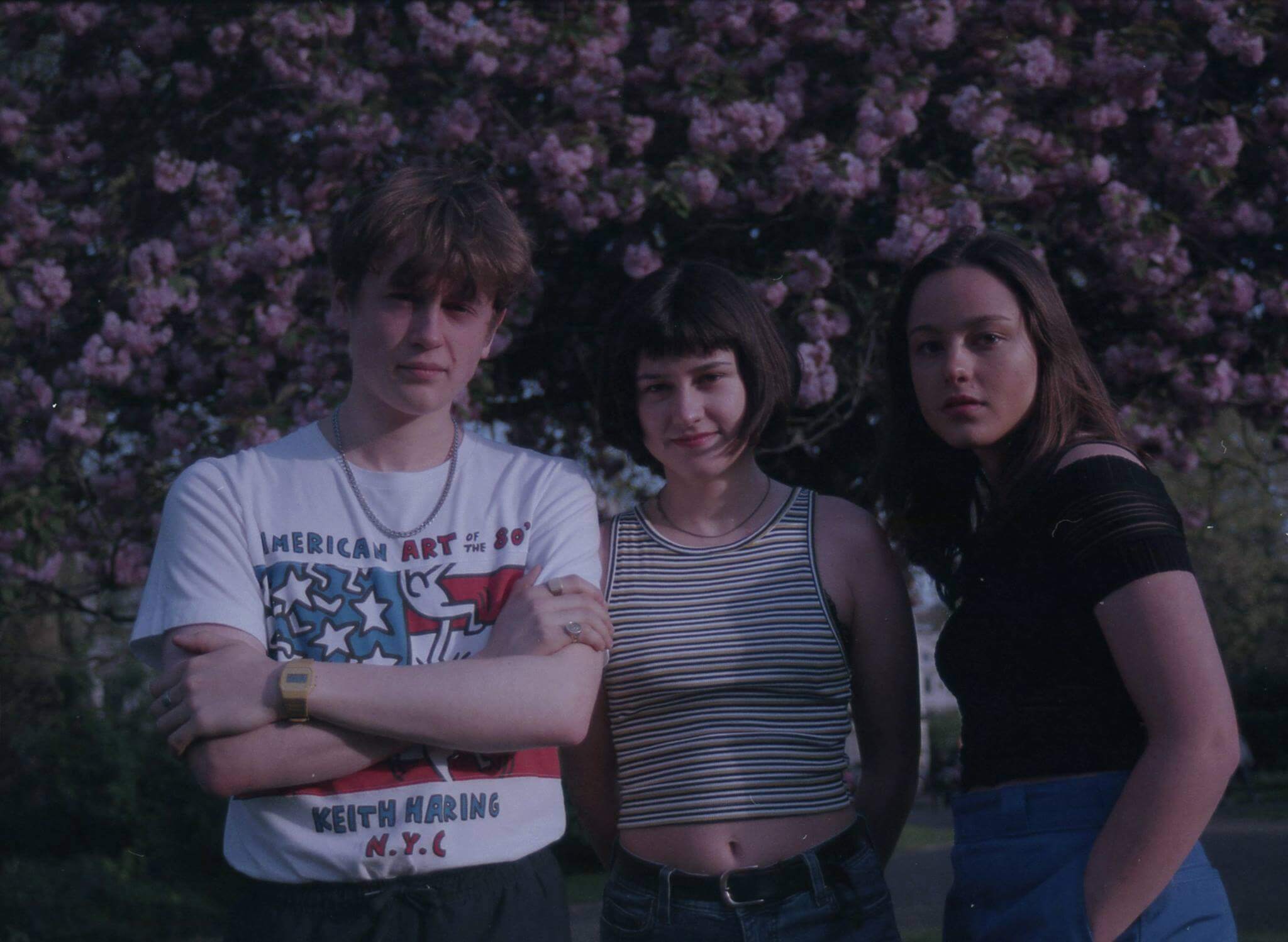 The Great Escape is highly regarded as a talent hotbed, taking over the city of Brighton for a whole weekend and bringing the best of the best with them. This year, we are chuffed to have been asked to be involved in the First Fifty, helping pick a handful of bands to not only play the festival but also play a London show to celebrate. On November 21st, we take over The Old Blue Last and we will be bringing The Orielles, Sports Team and Hotel Lux with us. Before the event on Tuesday, we got in touch with the bands to talk TGE, their earliest memories of the festival and what we can expect during their First Fifty showcase, Read on….

Thank you for joining our First Fifty Line up at The Old Blue Last. How does it feel to be announced for the festival so early? have you played before?

The Orielles: “Hey, it’s our pleasure! Yeah we’re buzzing, feels wicked to be announced so early as it’s such a good festival. We’ve never played it before, no! We’re super excited though because we’ve heard nothing but good stuff about it from other bands and music fans so we’re looking forward to seeing what all the fuss is about.”

Sports Team: “We were all really excited to be asked. I think it’s one of those festivals as a new band that you always want to do. We’d spent so long plotting ways to get onto the bill, that to be asked this early was almost an anti-climax.”

Hotel Lux: “Thank you having us. It’s nice to have little excursion planned for the new year already, I’m a big fan of TGE as a festival. Not a massive fan of sitting in a muddy field and sleeping in a tent for days, so lagging about Brighton is much better. We played a couple of shows at the Alternative Escape last year but this will be our first time doing the real deal.”

What are your earliest memories of The Great Escape?

The Orielles: “I think our earliest memories were probably seeing our mates’ bands Nai Harvest and Best Friends playing there a few years ago and seeing loads of sick pictures of little secret shows and house shows going on amongst the larger showcases at the festival. We thought it looked like a lotta fun.”

Sports Team: “Most of the band haven’t been, so really it’s something we’re aware of more from reviews. It’s definitely something we’ve been keen to play for a while, though. We’ve always heard good things.” 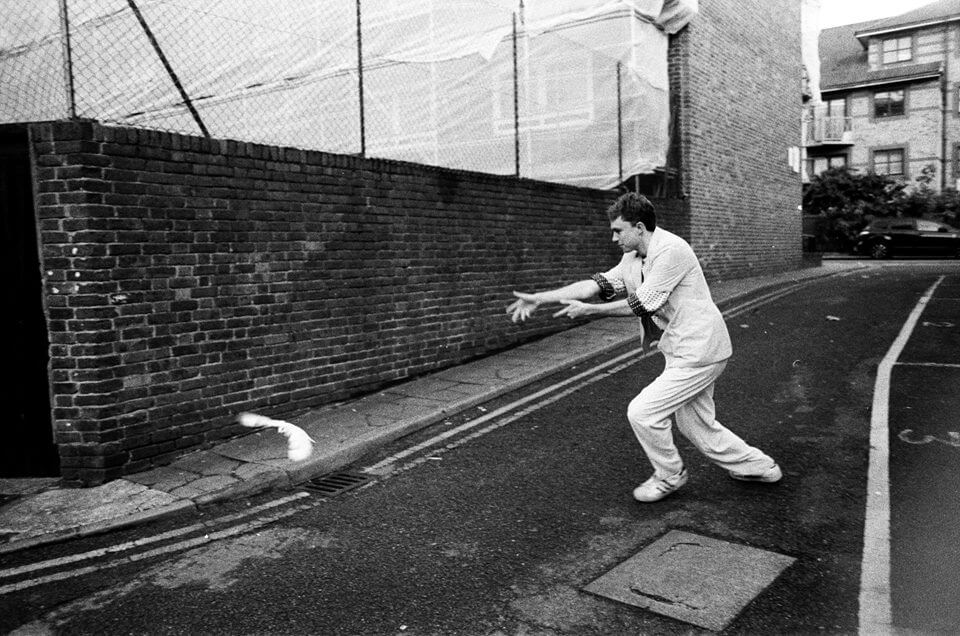 Are there any artists announced that you’re looking forward to catching already?

The Orielles: “Definitely Sports Team! We played our first ever Brighton gig with Sports Team and they’re good buddies of ours so we’re excited for more fun times with them. Looking forward to Dan Stock as well.”

Sports Team: “Our first tour, when we were just starting out was with The Orielles. At that point our set was very much in the ‘development stage’, and they were always nice enough to suffer through it; so that cemented the friendship. We’re always excited to catch up with them. Hotel Lux are also good mates, so both of those bands are up there.”

Hotel Lux: “I haven’t properly looked through the first fifty list yet but I’m really looking forward to see both The Orielles and Sports Team at the showcase night. Great bands, great people.”

What do you hope to achieve from playing The Great Escape?

Sports Team: “The plan this year is to play a lot more festivals. We did a few last summer, and this year that’s going to be a big focus. We’re now in a place where we have 9 or 10 tracks tucked away, so we can focus on touring – The Great Escape seems to serve as an unofficial opening of the festival season, so hopefully that’s a good omen.”

Hotel Lux: “Hopefully it’ll get some new people into us and hopefully we can acquire some decent arcade prizes” 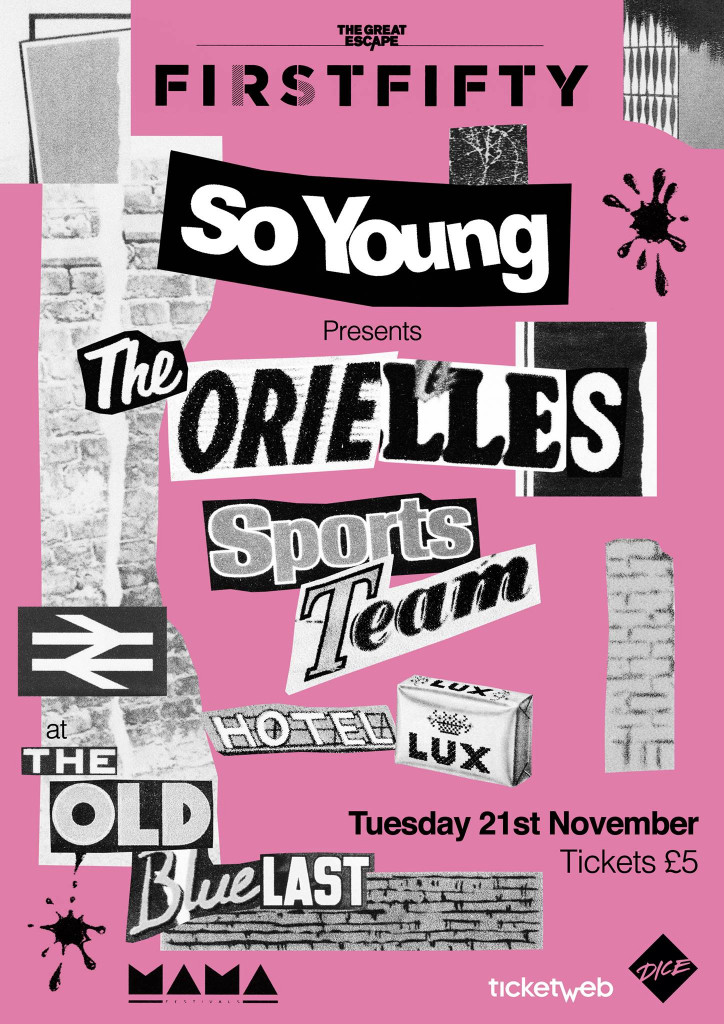 You play The Old Blue Last on November 21st for the First Fifty Showcase, what can we expect from you guys?

Sports Team: “Grubby linen trousers, cookery show gags, double jointed ankles and a tendency toward total collapse. We’ve spent most of the last few months writing and recording, so it’ll be nice to get a chance to flail about onstage again.”

The So Young First Fifty Showcase with The Great Escape is at The Old Blue Last on November 21st. Tickets here.