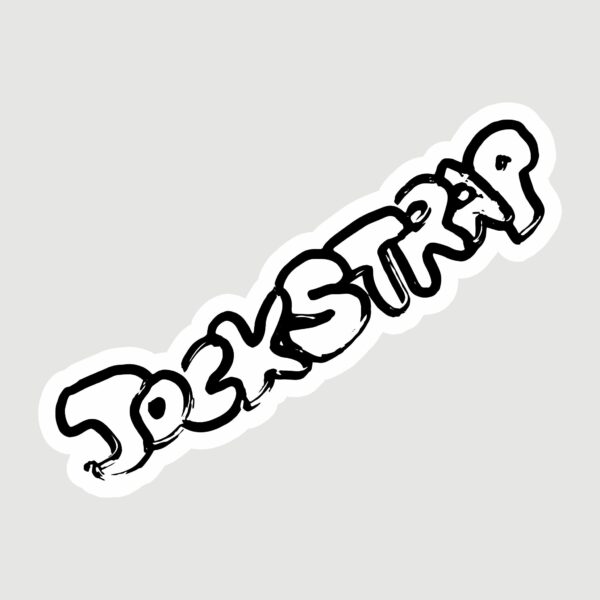 Surrealist painter Max Ernst once metaphorized his birth as the hatching of an “egg which his mother had laid in an eagle’s nest”. Ernst’s fear of birds stuck throughout his life as a working artist, a phobia which he repeatedly aimed to explore in his paintings. Each of us are caught between the decision to either repress what silently eats away at us or, like Ernst, choose to throw ourselves into our mind and pursue the excavation of our own pathologies. If we choose to walk down this second, more ambiguous path, then help is always welcome. And perhaps Jockstrap’s debut ‘I Love You Jennifer B’ is exactly the kind of aid we all need. Why? Because this emotionally dense and painfully honest album witnesses the inward search for self-renewal morphed into an outwardly expressive musical tour-de-force.

Explaining the lyrics behind their sixth track ‘Angst’, Georgia Ellery says that “when I was younger, if I had an anxious fit, my mum would call it ‘laying an egg’, and in this song I’m describing an egg laying incident.” Much like Ernst’s identity as an artist, it would appear as though Jockstrap were cut from a similar creative cloth. Like the surrealists, within this fantastic musical duo, an equal importance is placed on both musical style and cerebral context.

The intensely personal autobiographical insights speckled across the album in tracks such as ‘Angst’, ‘Glasgow’, and ‘What’s It All About?’, are full of subjective confessions most would unlikely share with their closest friend. Anxiety, lost love, and uncertainty are but a few prevailing themes confronted throughout the record. But, in keeping with Jockstrap’s truly unpredictable style, this is juxtaposed by intense feelings of joy, liberation, and rebirth which shine through on tracks such as ‘Greatest Hits’, ‘Jennifer B’, and our familiar favourites ‘Concrete Over Water’ and ‘50/50’. ‘I Love You Jennifer B’ encapsulates the plethora of emotions that each of us feel on a day-to-day basis; it’s stylistic inconsistencies and absurdities are representative of the modern individual, not the surreal, abstract object which many have affiliated with Jockstrap over the past few years.

Contrast remains at the heart of Jockstrap’s musical ethos, a staple of their unremitting style which we as their audience have long cherished. This effect preserves itself as a by-product of their philosophy which bears loyalty to two self-professed slogans integral to Jockstrap’s creative process:

Whilst of course there are moments throughout the album which we can sonically recognise from others, like the records opening track ‘Neon’, which entertains a recognisable reference to Radiohead’s ‘Airbag’, similarly opening their much-acclaimed album ‘OK Computer’. Relatedly, their fourth track, ‘Debra’ echoes the distanced, ethereal vocals of Björk. But, these positively contrasting ideas and styles resolve throughout the album’s duration, strengthening the identity of a group whose prior discography left its audience if not just a little dumb founded. However, that is not to say that ‘I Love You Jennifer B’ is transparent; far from it. The unstable, mythical foundations which have supported this duo up until this point are reconciled by a further ambiguity. And for me, this is what makes Jockstrap so incredibly special – we shall never fully understand this creative impetus in its entirety. We are only offered a glimpse into their world.

Luckily for me, that glimpse revealed itself through the small gaps between a sea of heads on the evening of the 9th of September at Rough Trade East. In the celebration of ‘I Love You Jennifer B’, Taylor and Georgia hosted the infamous stage, accompanied by an incredibly expressive bodybuilding powerhouse with unforgettably sensual moves (for lack of a better description… I suppose you had to be there). Unsurprisingly, and in true Jockstrap fashion, this was no typical release show.

Each track which Taylor and Georgia played (some of which do not even appear on the LP), were almost unrecognisable from the titles which we hear on the album. ‘Glasgow’ was performed, but with a drastically increased BPM, not that I, or anyone else, would ever think this were possible. We also heard old tracks such as ‘I Want Another Affair’, and a remixed ‘50/50’ which provided the perfect closing to a wonderfully eccentric evening. Even at their most commercially oriented show, Jockstrap continue to eschew the stringency of the musical marketplace. Their affirmative originality is demonstrated wholly within the brilliance of this debut album. And, I think, must have earned Taylor and Georgia a new slogan:

“Do not make inauthentic concessions to your consumer, be instead unequivocally yourself.”

For me, ‘I Love You Jennifer B’ is one of the most impressive debuts from the last decade.

‘I Love You Jennifer B’ is out now via Rough Trade Records. Read our recent interview with the band here.