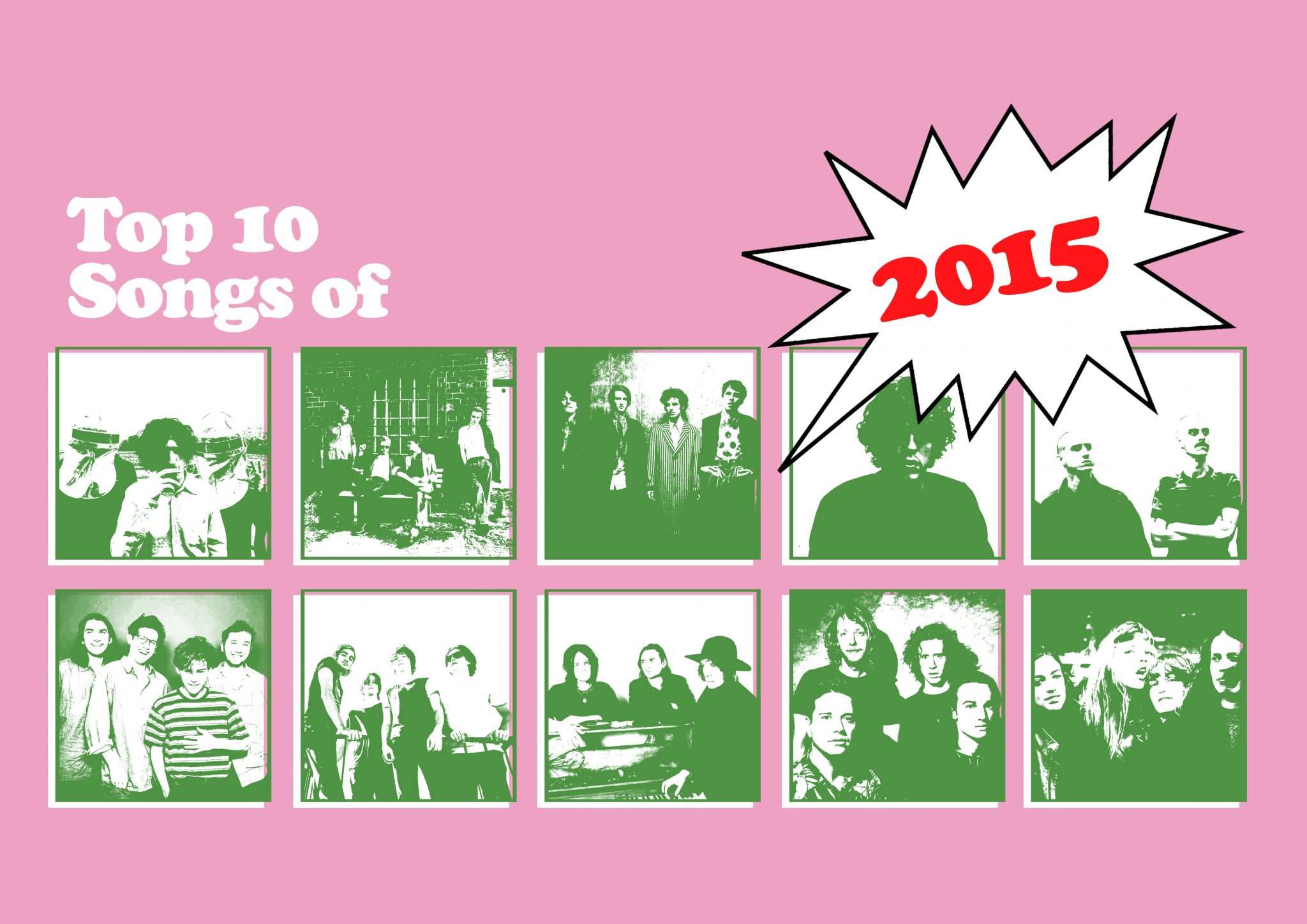 The Journal is our new music stomping ground, a place where we can bring you new music as soon as we hear it. 2015 has been a fruitful year for new bands and new albums, as well as the return of some much loved favourites. In true end of year spirit, we’ve put together our top 10 songs of the year, documenting the ditties which we feel will stay in So Young hearts for years to come.

We can all recall the first time we heard ‘Eureka Moment’, the raising of a wry smile as you realise you’ve found your new favourite band. The female foursome from London evoke Libertine dreams with this hectic hit. It’s a game changer and a song for all 2015 lists.

Spring King, the walking, talking justification for perseverence. Their name and their songs have been floating around our thoughts for a while but ‘Who Are You?’ charges them right to the front with a song custom made for indie dancefloors. After a winter of following Slaves on tour, it’s time for Spring King to collect their just rewards and it begins with our number 9 spot.

Our recent chat with Oli in Issue Eight cements the notion that YAK are a band like no other at the moment. Safely challenging for the best live band in the country and already holding the crown for most unpredictable. ‘Smile’ is the track which captures the band at their purest, it’s seductive, erratic and provocative. This is what we crave from a rock and roll band and YAK provide it in a song that will lure you in, chew you up and spit you out.

There’s no end to our love for Public Access TV and ‘All We Want’ created a lifelong bond between us and them. The track ventures into uncomfortable territory for most ‘indie’ bands, a romantic winter warmer which could soundtrack our smiles at the pub. ‘All We Want’ captures human warmth and nostalgia with harmony, and the band review themselves perfectly with the lyric, “it’s a feeling wrapped up in a melody”.

The Magic Gang returned last month with ‘Jasmine’, a song that steps away from the anthemic loser-rock that earned them a place in many a heart. They’ve returned a band in their own right, a band which dismisses comparison and builds its own statue as an individual. ‘Jasmine’ is an intentionally unpolished pop gem and a song which breeds smiles and sing a longs.

Fat White Family are putting us out of our misery. The follow up to ‘Champagne Holocaust’ is upon us and ‘Songs For Our Mothers’ will grace our ears in January. The first teaser was gifted to us last month and ‘Whitest Boy On The Beach’ goes straight into our Top Ten at number 5. The single shows a step forwards, more a wealthier knowledge than a maturity. A dance song for the weird. Electro pulses pair with unshakeable grooves which lie beneath haunting vocals. Lets go somewhere sticky to throw drinks and punches whilst we ruin our shoes to this one.

Tobias Jesso Jr. has been this year’s revelation. The unexpected singer songwriter hero who mostly deals in bringing grown men to tears. His Debut record ‘Goon’ brought Lennon-infused tales of heartbreak into our lives and none struck a nerve quite like, ‘Without You’. We don’t often choose to make ourselves sad but when we do, we choose this.

Swim Deep have changed, moreover, they’ve evolved. Some bands could have sat back into the comfort of their indie dream pop success but the Birmingham boys did no such thing. As we described in issue 7, the band seemingly self-exiled into an experimental music laboratory on some dreary Birmingham industrial estate, resulting in an entirely new Swim Deep, one that reconstructed rave and northern soul to create something truly individual. ‘To My Brother’ is the ultimate representation of their transition and we suggest you start moving to the sounds of Swim Deep, dream pop is a thing of the past.

Palma Violets released their second album this year and its ‘English Tongue’ which is held in highest regard by us at So Young. Only moments of magic can invoke an instantaneous emotion. Be it nostalgia or a craving for something collective, ‘English Tongue’ oozes in togetherness, a song for the boys. An arm in arm tune which spills pints and tempers as the nights grow long. A perfect rock and roll moment and a song that united the crowds in 2015. It’s at number 2.

1. The Moonlandingz – Sweet Saturn Mine

To quote Rob Knaggs when we first visited The Moonlandingz, “if you’re looking for lunacy, you could do worse than to rest awhile in the strange shade cast by The Moonlandingz’ first EP”. It’s a statement which defines the band to date but within the lunacy is a pop sensation, a dance fueled potion conjured up by the mad minds of The Fat White Family and The Eccentronic Research Council. ‘Sweet Saturn Mine’ may never earn the credit it deserves, a song for all purposes but heard best when played loud and with dancing feet. It’s our number 1 and it should be yours too.