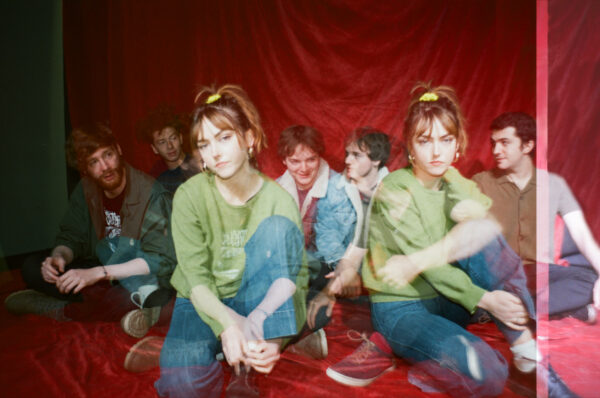 With ‘Wednesday’, their heavily applauded yet still completely understated debut album, Just Mustard proved – that through all the noise being made right now – that there is something to say for a little subtlety.

The way in which the atmospherical essence of their music breathes heavily upon them as artists – to the point where you can hear a pin-drop at points of startling noise – shows a band more in touch with the actual feel of music than the physical technicality of it, something that is already proving fruitful and effecting for band and listener alike.

With new single ‘Seven’, they prove quickly that they’ve already evidently sharpened their meticulously considered approach. A disquieting eeriness encroaches on a wave of calm that’s evoked almost single-handedly by Katie Ball’s powerful voice, buzz-sawing guitars and unanticipated synth littering the track with a thick, unwavering ominousness that gnaws away at your senses.

As also envisioned within the video, the track turns the lens not only on the group, but us all – exploring our own outlooks, desires and position within an ever altering society. It’s revealing, unsettling and remarkable in equal measure.

Pre Order the 12″ vinyl via the bands Bandcamp page here.

We catch up with Just Mustard in Issue Twenty-One which you can find here.