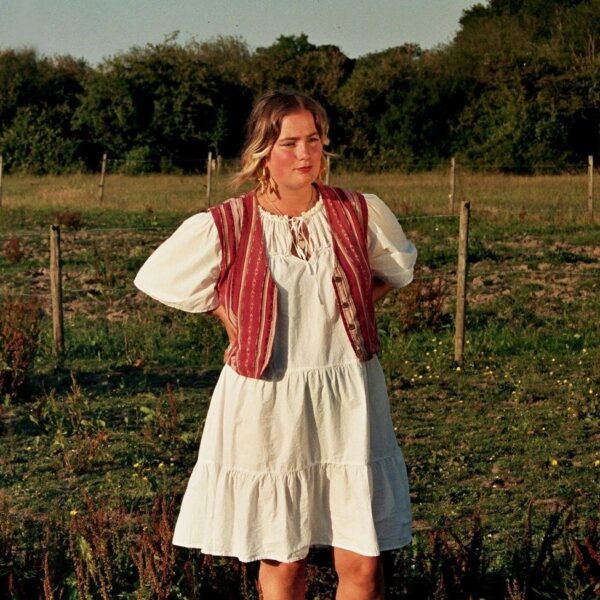 Having gifted us with three gracious and therapeutic singles, it feels so right that the empowering ‘Fix Me Up’ is here to greet us as Katy J Pearson presents her debut album, ‘Return’.

A captivating live favourite since her emergence within the Bristol live scene, ‘Fix Me Up’ has blossomed into an opulent tale of yearning and solace – a song comforting in its candour and rich in sportive and perennially infectious progression.

Built around grounded proclamations, the track allows itself to open up to vulnerability so to be embraced by self-devotion – like opening the windows for the first day in Spring and letting the senses be overcome, for the simple pleasure of feeling that first blessing of sunshine enrich your skin. Tended to by splashing distortion, quirky electric piano and the residual sounds of banjo that flitters in the wind, Pearson ponders on the future while grateful for feeling such individual strength and confidence – noting that there’s always an even better state of mind to be in, but from being in a place of balance, your allowed to feel pregnable.

Another wonderfully approachable and compassionate track that thrives in its assurance – Return is set to be an utterly immersive and enduring debut.