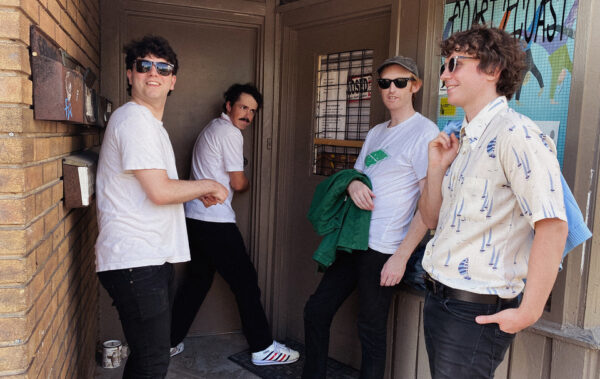 WILL YOU SHUT UP, MAN?  THIS IS SO UNPRESIDENTIAL. CLOWN.

Following the most disgraceful shit-show of a presidential debate in memorable North American history, it feels pertinent that Canadians Kiwi Jr would decide to embark on their return with a hilarious inditement of the contemporary media approaches to government with ‘Undecided Voters’.

Much like the independent candidates that fill up the quota that is deemed acceptable lawful practice, whatever happens to the undecided voters? Who’s speaking for them? Because in reality, when everything is truly going to shit – we love to focus on the things that truly don’t matter. So Kiwi Jr humorously remind us over their texturally matured chirpy-pop, the sort that you might’ve unnaturally found your colleague at Dunder Mifflin humming unexpectedly but with pleasure none the less.

If their debut ‘Football Money’, which so gratifyingly warmed the sceptics within us with their comfortably layered hooks and dry sardonic perception of the metropolitan dream, was their run for local town mayor  – ‘Undecided Voters’ is their big money shot at the senatorship – Jeremy Gaudet widening his lens from coach-surfing and lost dates in Toronto to scarily prominent surrealistic conceptions on societal relevancy and just why 3D printers are taking our jobs, man.