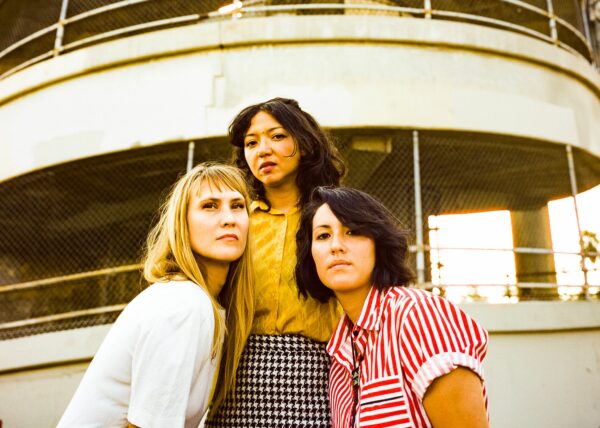 It appears that sombre surf has hit the shores. The dunes have been left desolate, as the once-keen beachcombers have escaped to greener pastures. Three years on from the jangling pysch-tinged Floating Features, Californian trio La Luz have returned with a new single, ‘In The Country’, propelling themselves into bolder sonic territories.

This new-found sense of introspection is something that has come with the band discovering new ways to strengthen the bond between themselves. With the neo-soul maverick Adrian Younge at the helm for the forthcoming self-titled fourth record, they have uncovered what they call a‘kindred spirit’ – a conjurer of magic whose vision completely aligned with theirs.

With a definite air of mystique injected into an already rich palette, ‘In The Country’ still shows a marked evolution on what was already a career highlight. The work of principal songwriter Shana Cleveland has always been garnished with exquisite use of harmony and melody, but the addition of the new electronic textures and gently chiming vibraphones enrich the song and elevate it to levels beyond the band’s previous reach.

If the first offering is meant to hint at more grand things to come, ‘In The Country’ has certainly delivered an enticing taste of how La Luz will sound entering a new era. Unbound by genre, they have freed themselves from simply being a surf rock outfit and are flourishing on the new creative course they appear to be taking. This has all the hallmarks of being La Luz’ big moment, and you’d better be here for it.