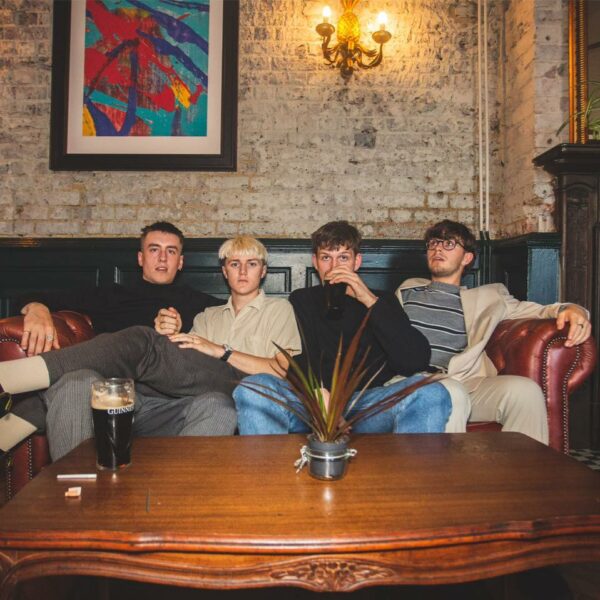 Lee Hazlewood plays on the radio, there is no better backdrop to the open road. People lost in thought as periodic waves of nausea pang in the depths but are kept at bay thanks to frequent sips on lukewarm tins that someone (thankfully) swiped from that last bar in the previous town. A momentary admiration of the disappearing views, the floor littered with an assortment of crap that’s made its way in along the way. The bubble that morphs into a strange version of home for several weeks of the year.

A public testament of good times gone temporarily bad and much less ‘oi oi’ than previous offerings, the track drifts across the indie landscape in its self-assured musings on plans that seldom materialise. The Oxford four piece have calmed it, simplified in the juxtaposition and what better accompaniment to a tour montage than classic indie strums and relatable lyrics? The vid nicely captures the magic of touring, an assortment of candid clips lovingly sewn together with some corking tambourine moments thrown in for good measure.

The distinct absence of live music in 2020 leans heavily on this one but the jumbled up emotions of excitement and reminiscence lean in to partly scratch the itch. If nothing else it’s a pleasant reminder that even if it feels, in essence, like years since the last gig, scenes like these are in our futures somewhere.