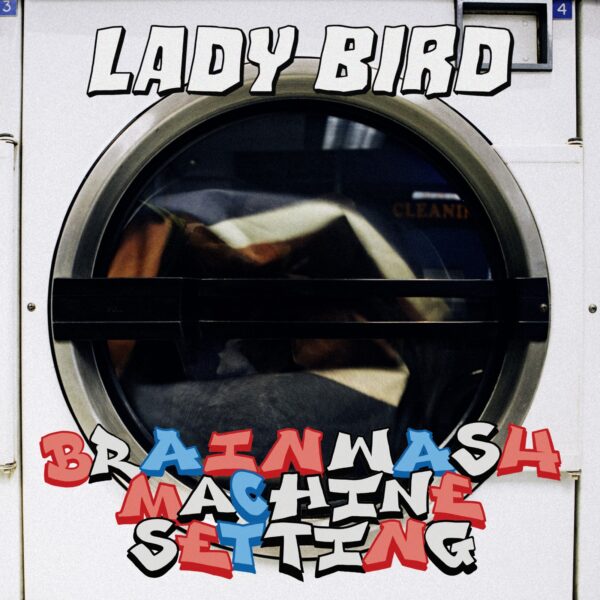 When in 2015 Slaves became the latest British music sensation it felt like a whole new scene would soon bloom and monopolise the underground. Five years on, Lady Bird remain the latest disciples of that scene that never truly fulfilled its potential. Hailing from the same Kentish lands home to both the indie-punk duo and Subbuteo, Lady Bird can be considered the natural heirs to Slaves.

However, instead of re-affirming genre stereotypes and ticking predictable boxes, Lady Bird offer a refreshing take on punk, blending it with grime and rap in the style of Mura Masa and Slowthai; but make it less fuckboy. Lady Bird’s energy and lyrical wit do actually owe more to The Streets, offering a post-Brexit update of Mike Sinner’s street poetry.

In four tight tracks Lady Bird offer their own take on contemporary Britain, in a thrilling balance between guitar impetuousness and lyrical maturity. Despite the typical laddish connotation of the genre, Lady Bird belong to that new generation of punks with a penchant for fighting social issues and affirming a new scale of values. Mental health, imperialism and the opposition to t the stereotypical chauvinisms of punk are the themes defining the EP’s four tracks. The EP cover nails such spirit of political and cultural turmoil by picturing a Union Jack inside a launderette’s washing machine.

‘WWW’, with its late 90s Californian pop-punk chorus, remarkably stands out and candidates itself as a fan favourite.

Brainwash Machine Setting is out now via the band’s own label Purple Stains.