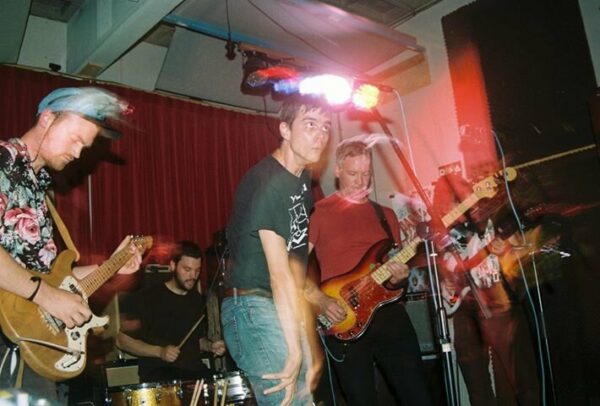 Massachusetts group Landowner craft a very considered and meticulous type of noise. The sort that shouldn’t be as stark in its clarity as it is.

Formed by landscape architect Dan Shaw when he moved from Seattle, he’s designed the sort of prospect that pleasingly juxtaposes itself. It’s punk that’s knotty and displacing rather than primal and eviscerating, hardcore that’s intelligent and contemptuous in a sardonic way. With new single ‘Phantom Vibration’, taken from their forthcoming new album Consultant, Shaw has embellished their sound with a further desire for exploration, asking the questions that need to be asked of our society.

Driven by the need to find answers on how to better deal with creeps, while perturbed by the ghosts of people’s past, Shaw cleverly personifies the notion of thinking your phone is ringing for not knowing how to approach and communicate these situations. It’s buoyed by their harshness in clarity – everything rings with frantic static, like the cog in a lighter not quite catching light but sparking irritably.

Where capitalism, greed and power becomes further oppressive, Landowner are trying to make sense of it all within a scrupulously intense form of expression.