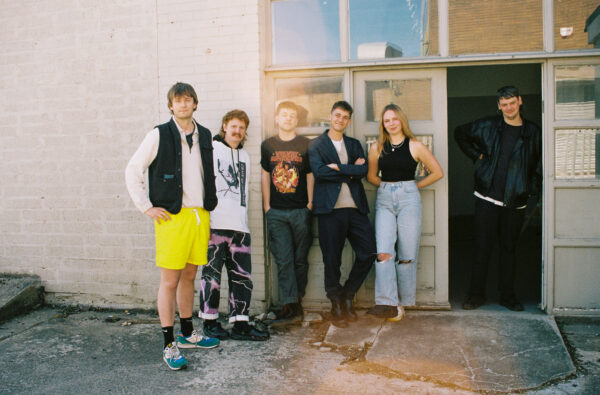 Lazarus Kane share their second single, ‘Williston, ND’ from their debut EP, ‘Psychobabble’ out September 10th via So Young Records.

Williston, North Dakota is a city built on oil. Bordering the Yellowstone and Missouri Rivers, it’s perhaps best known as the country’s second largest oil-producing state- a fact of which may only be of interest to few, but has somewhere along the lines inspired a bunch of Bristolian noise makers a couple of Oceans away.

Not too dissimilar to its greasy namesake, Lazarus Kane’s ‘Williston, ND’ is a slickly structured centre point, for rhythmic re-construction. Following on from the release of disco-chugger, ‘Milk At My Door’, ‘Williston, ND’ is yet another favourite in the ever-growing catalogue of genre-hopping anthem, that Lazarus Kane are eschewing out at an eye-watering pace.

With minds full of narrative whim like few others, Lazarus Kane will stop at nothing when it comes to radiating goodness. ‘Williston, ND’ may not at first indulge be as “catchy” as it’s predecessor’s, nor is it as surreal, but as with all good things, it was well worth the wait.