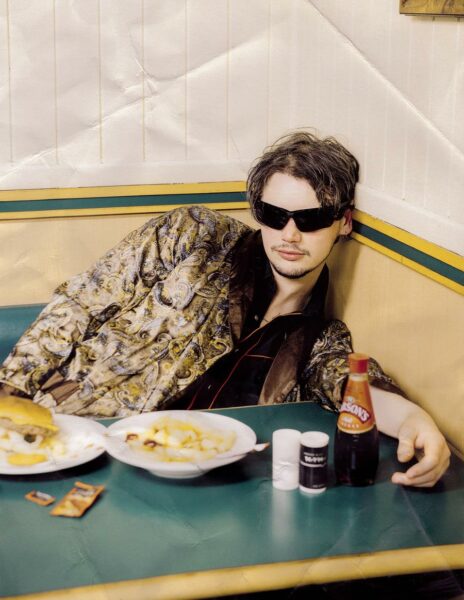 Lazarus Kane, our modern day Lizard King of the Night, has returned.

If ‘Narcissus’ was the venom-filled, trouser-flared introduction, then ‘Night Walking’ is LK’s definitive proclamation – an ebullient dedication to the night out at a time when secretly that’s all we’re really begging for.

Through all the bravado and humorously buoyant character, when it comes down to it the music plain and simply speaks for itself – Lazarus provides assured and exuberant pop songs that exhumes it’s characters personalities and in doing so brings out the best and worst of all of us. Self-adulation and apathy may all be here at face value, but it digs deeper – it embodies everything we do to try and make ourselves feel more alive and important – including collapsing into a bar at 2am when you think you’ve walked in like a modern day Man with No Name.

Most importantly ‘Night Walking’ is a bonafide hit, the impending hangover is worth the utter joyous feeling of freedom that comes from the stumble home after a massive night out, and Lazarus is basically on the floor. With all the overwhelming anxiety and frustration at not being allowed out, it’s nice to already have an anthem to celebrate release.

Someone get Mr Kane his Bloody Mary, he’s gonna need it.