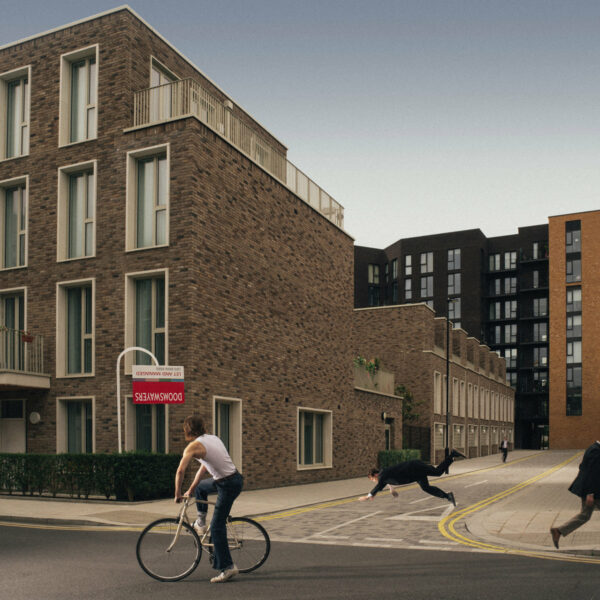 Swans, for all their worth, are symbolically worth much more. Combining the elemental virtues of air and water, they embody beauty and sanctity despite having attitudinal issues and ugly babies. The Danes value their metaphorical inspirations, the Queen of England is the keeper of them all and the act of killing a swan… is pretty bloody unnecessary.

Instrumental, charmingly creepy and sardonically knee-scuzzing, London’s Legss are the inexplicable narrative equivalent of Neil Gaiman’s ‘Coraline’; burying her qualms alive only to be reborn again and grow up in a world led by Sartre’s ‘Nausea’ example.

Grinding the senses through a jaded mortar and pestle – so inhibitions can break-free into tangible morsels that slip through any cracks of nightmarish inhabitation-  the groups sophomore EP ‘Doomswayers’ is a writhing game of cultivated equations- like a round of hyperbole Jenga for all the family to gather round and try their hand at communal delirium, whilst nestled in the comfort of their own insanity.

Stacking up new levels of modernist-mutation so as to reach the highest point of purpose, is there really a race to the top when the biggest mark can be made from removing the middle-ground?

How many sugars does Mr Stephens need to turn his addictions from consumerist, to a taste-making hue?

How do you find time to capture dreams when you’re “so tired what with all that sleep?”

Venus was born of legend and sea-foam and Ariel died at the footless peril of agitated salt-water, yet Legss’ ‘Venus’, is neither the aftermath of sold-souls nor polluted substance matter, but rather an effervescent hotbed of broken-down organics. Urgency skims right over the surface layer of expectation when Ned Green, part frontman, part sonic-spin drifter, opens the gates to his person and invites us all to form our own pearls of wisdom.

As we all fight the urge to seek complacency and adjust to our new conditions, six-strings of sultry wisdom spew together to form an omniscient-orchestration, at the foot of an ear-conch who’s lived to hear a thousand tales of washed-up Local Gods and strives to tell a thousand more.

‘On Killing A Swan Blues’, ‘Fear and Loathing’ has found its New Cross match and the flame to the tinder is in how easy it is to break down and re-hash previous architectural decadence. Don’t be fooled by the buttons over our eyes – life’s a bitch and ruthless impressions can be a tainted godsend when the reset comes from four bright-sparks and a timely-tendency to wax lyrical over human self-indulgence.

‘Doomswayers’ might not sail as smoothly as water off a duck’s back but it surely does encourage self-awareness and for that, Legss are pretty badass.

‘Doomswayers’ is out now and you can buy it on vinyl via Bandcamp here.