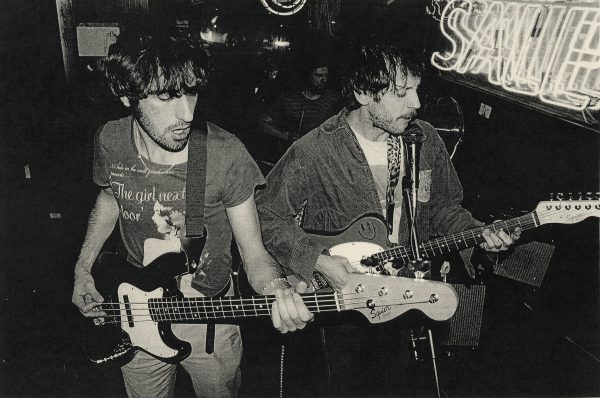 “The White Horse” is a song imbued with all of the feral intensity for which Luxury Apartments have become known. The listener is greeted with dissonant guitars and a crunching bassline that winds its way around the drums until the halfway point when an abrupt change in tempo renders the song a more straightforward thrash. The band’s intent is clear even from their namesake ‘Luxury Apartments’: a subtle oxymoron which somehow sums up a lot of what is wrong with modern Britain. With ‘The White Horse’ the trio aim to extend their arms of satire by highlighting false promises from the powers that be.

Unlike their previous single, the fidgety mini-manifesto ‘Luxury Apartments’, there are more than a few shades of In Utero era Nirvana here. However, even though they rally against our leaders, there’s something quintessentially English about the drawled vocals (the trio call Manchester, Birmingham, and London home). But for Luxury Apartments, Punk is not a blunt instrument but a sharp tool; “The White Horse” essentially revolves around a biblical allusion to the judgement mankind faces upon death. And like all good political songs, it begs a load of questions without pretending to offer any definitive answers.