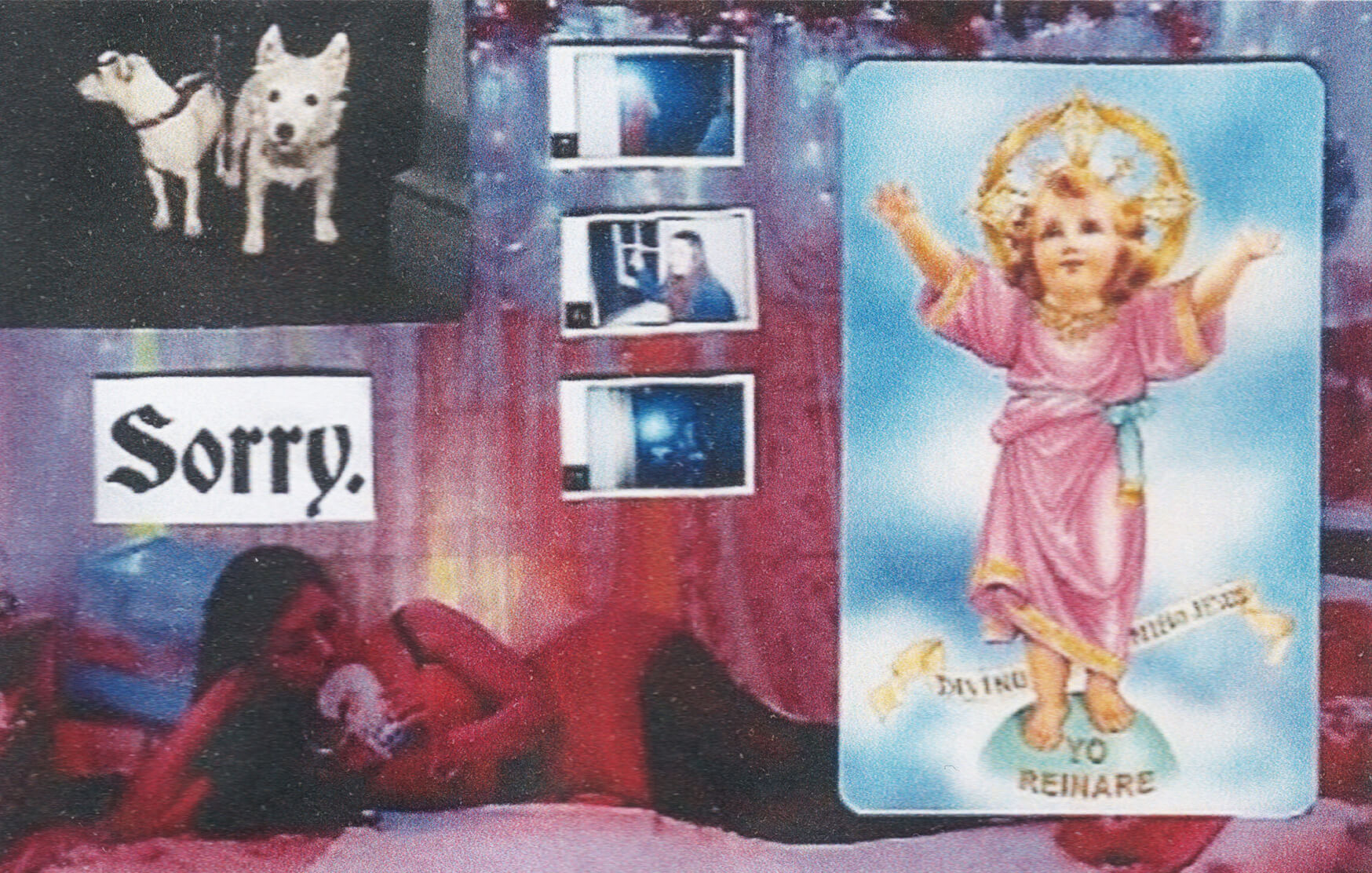 Sorry (FKA Fish) are a band that have grafted their way to the forefront of London’s music scene with incessant gigging and impassioned live shows. Their debut single arrives just before they head off on tour with South London garage-rock troupe Shame, and goes by the name of Drag King. It sees frontwoman Asha Lorenz’s voice switching between hypnotic stream-of-consciousness lyrical mumblings and raucous, scratching vocal retorts on top of squiggles of acid-washed grunge guitars. Lorenz sings “I wish I was a boy” with an icy cool, whilst the band present you with a catharsis of wavering angsty chaos in the background. A mixture of venomous and calculated, hypnagogic and filthy, it’s hard to think of the last time a band sounded this fully formed on their first release.

Catch Sorry on tour with Shame this month and May. Dates here.