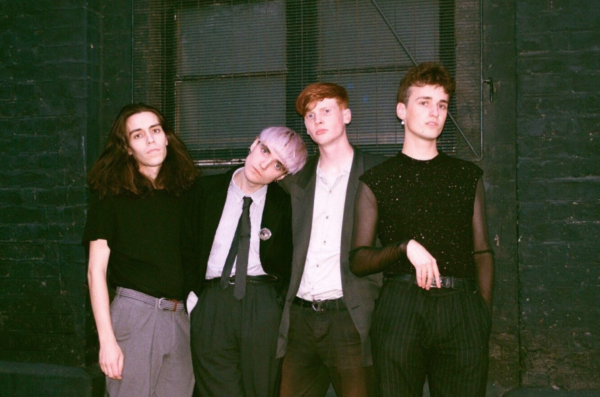 An unrelenting storm of angst driven new-wave eclipses the once glittering haze of Glasgow’s Walt Disco. Departing from the warming pop charm synonymous with their previous single surfaces ‘Drowning In Your Velvet Bed’, a riff-driven barrage of tenacious urgency only alleviated by a sedate sax solo woven amongst the middle section. Speaking about the new single, vocalist James Potter says: “The track is our own camp, glamorous interpretation of angry post-punk.”

As ever-evolving reincarnates of the Postcard Records legacy taking influence from the inherently Scottish, homegrown DIY scene that birthed them as a band, it’s this that allows for their liberal, socially aware commentary to shine through. Teamed with the production efforts of Chris McCrory (Catholic Action) and mixing by Thomas McNeice (Gang of Four), it’s this esteemed collaboration that allows their visceral vision to be brought to life in the most ambitious of ways.

‘Drowning In Your Velvet Bed’ is available now, with an EP due for release in early 2019.