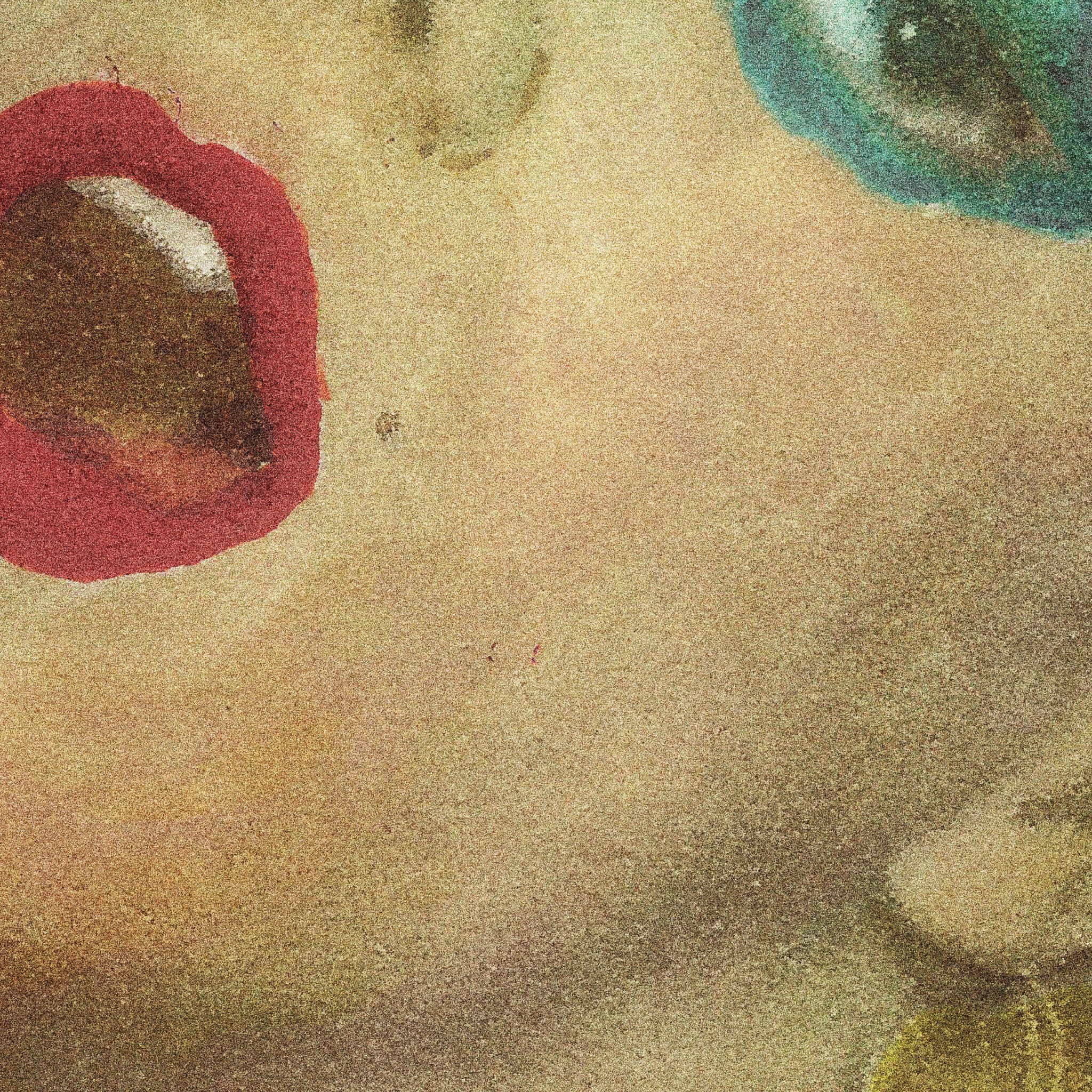 The most complete emerging arts project in the world today? HMLTD are a six piece group that aim to provide a multi-sensory assault, producing some of the most disjointed, invasive and unique pop music you’ll ever hear. Sonically, they’re a combination of anything and everything you could summon to your imagination; their last single To The Door combined a ferocious Tarantino-style spaghetti western guitar motif, a melting liquid ‘chorus’ section with trap beats, and shrill Bowie-esque vocal cries. But for HMLTD, vision is as important as sound; for example, the video for the same single is a flashing onslaught of glam rock costumes, mind-melding visual effects and cut-up narrative fragments. 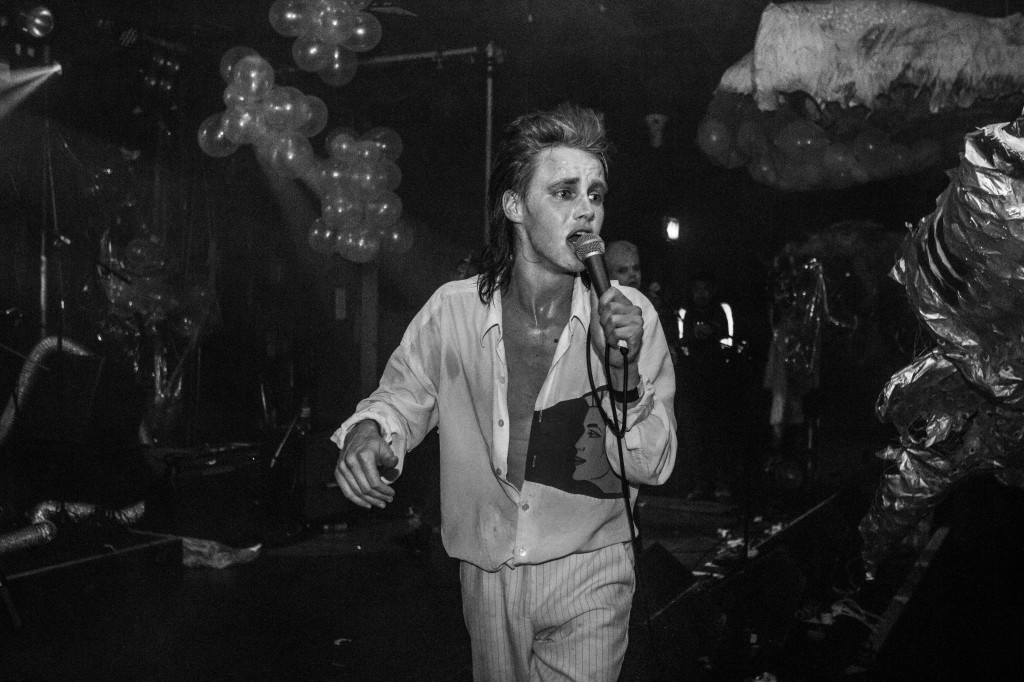 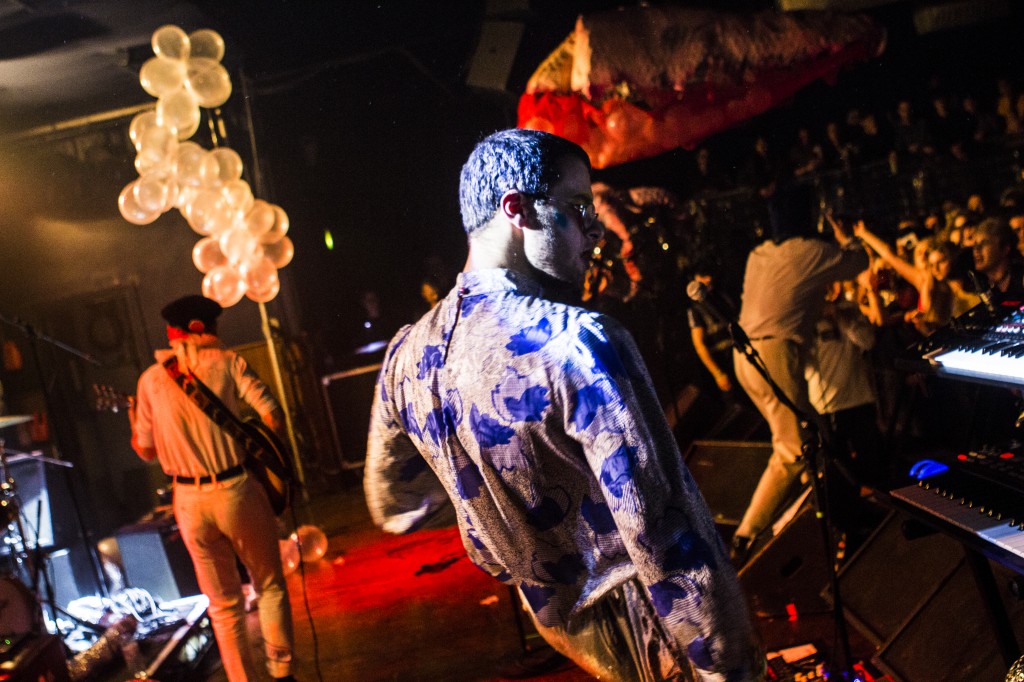 Support came from thrashy London garage rockers Dead Pretties and ironi-pop outfit The Rhythm Method – both of whom, whilst good, were instantly forgotten when Henry Spychalski took to the stage with a reptilian strut and ushered in a barrage of noise as he cawed out; “they told me Assad was stained” as the group opened their set with the cacophony of noise that is debut single Stained.

Spychalski stole the show with his narcotic, messianic onstage persona; almost like Ziggy Stardust in both appearance and demeanour, he writhed around the stage belting out lyrics that constantly changed hands between being clever (Music!) to creepy (Where’s Joanna?) to downright ridiculous (there’s a new song to which to chorus is “choo choo” belted out over and over again). However, it’s the fact HMLTD never fear looking ridiculous that makes them so unique; lined up on stage in a variety of quirky outfits the band genuinely look otherworldly. The complete spectacle that is their live show is an experience so overwhelming, that it would almost be easy to let their music play second fiddle to overall experience. 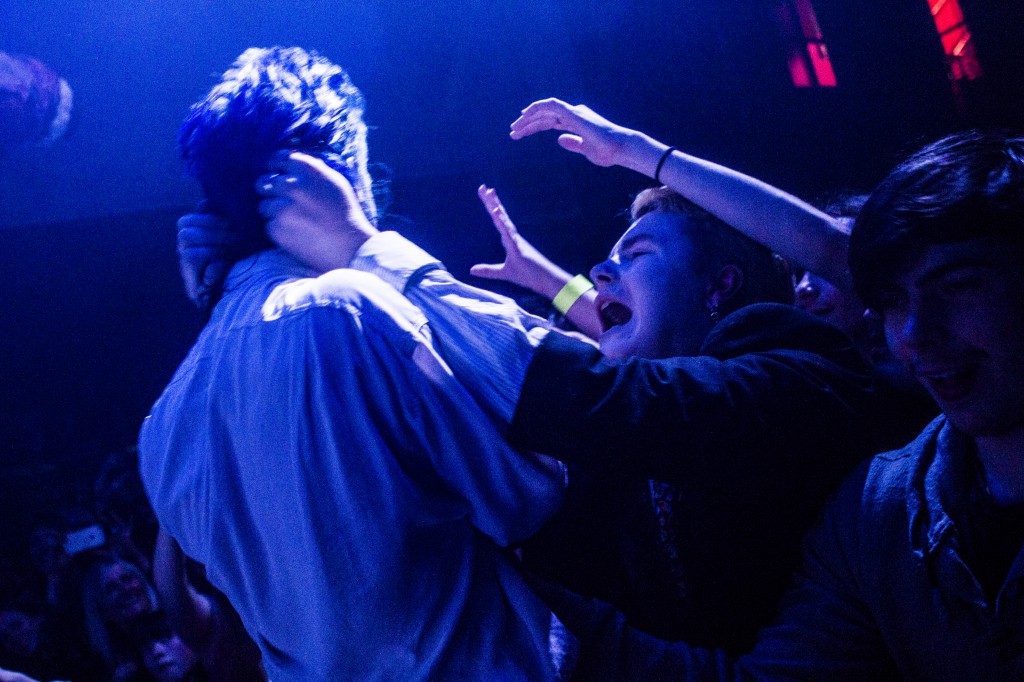 But as the hyper-active twang of To The Door rattled through Kings Cross, it was clear that both visually and sonically they’re just too good. The cinematic drama created by it’s cut-up song structure added to the spectacle tenfold, whilst deranged howls of “Filth! Filth! Filth!” were meant that the song in a live environment was even more deranged, even more rabid, than its studio counterpart.

But what’s perhaps the best thing to take away from the live experience, bar the experience itself, of course, is that the best songs they played were ones that weren’t even out. The further down the HMLTD rabbit hole you go, the better everything becomes. A new track called Satan contained their eeriest atmospheres to date, before it all came down in crushing electromagnetic furore, whilst the aforementioned Where’s Joanna? combined a popping ska beat with an intense vocal performance and otherworldly electronic breakdowns. 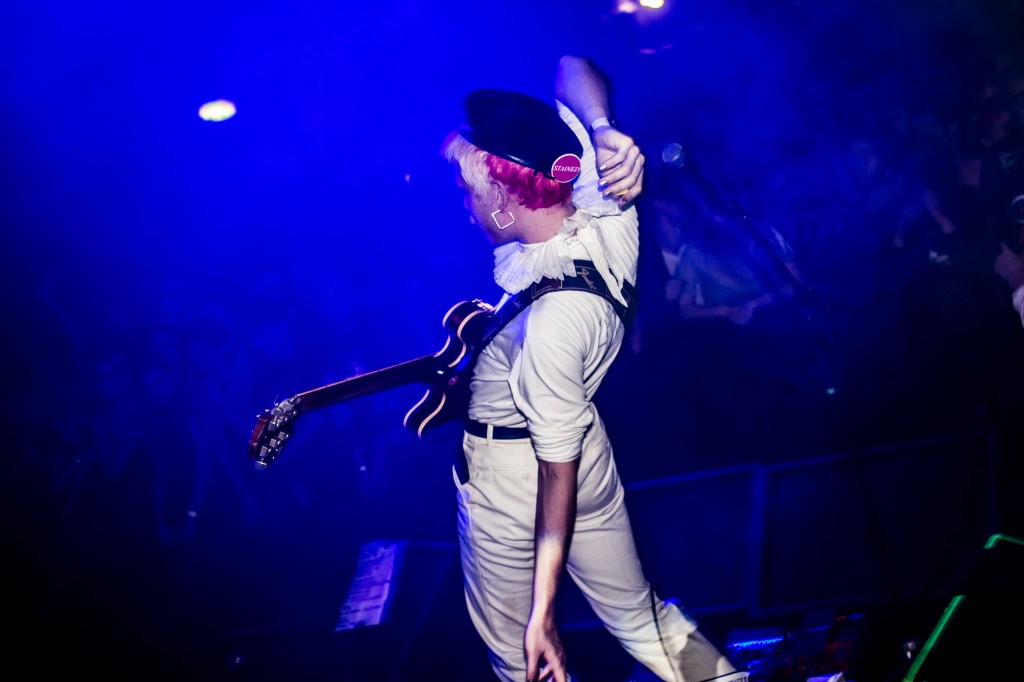 As they closed their set with a storming, souped up version of Is This What You Wanted, a track that sticks in the mind for it’s combination of atmospheric guitar twiddles and pulverising dubstep drop, it couldn’t be more clear that HMLTD are everything you needed and more. It’s genuinely difficult to justify hype when that hype is as both “the most exciting band in the UK” and a “multi sensory experience”, but boy, are this band special. 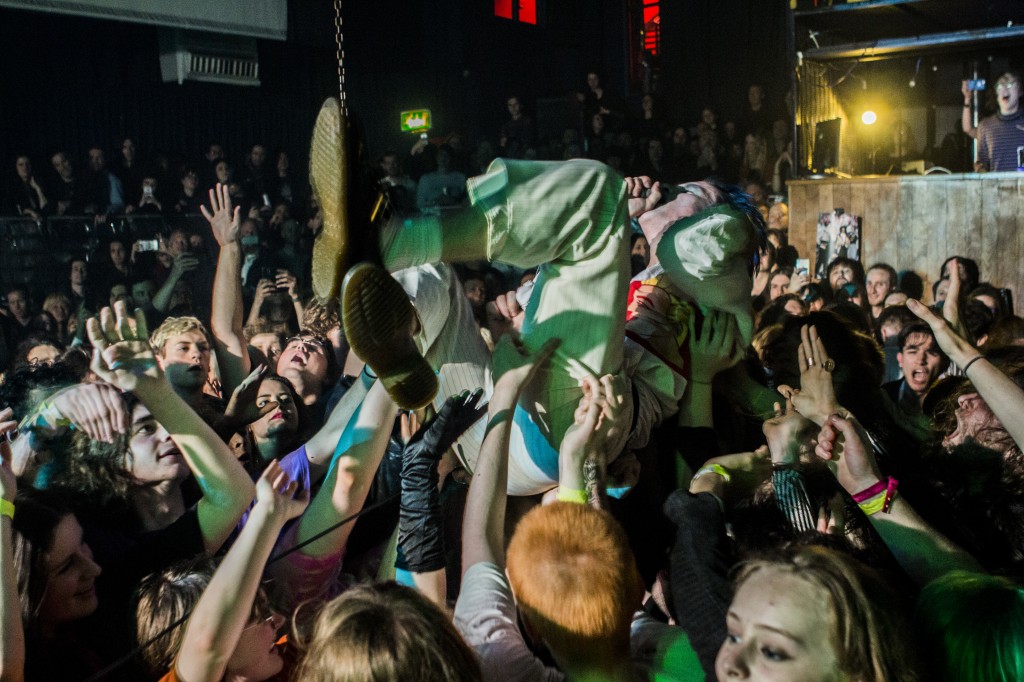