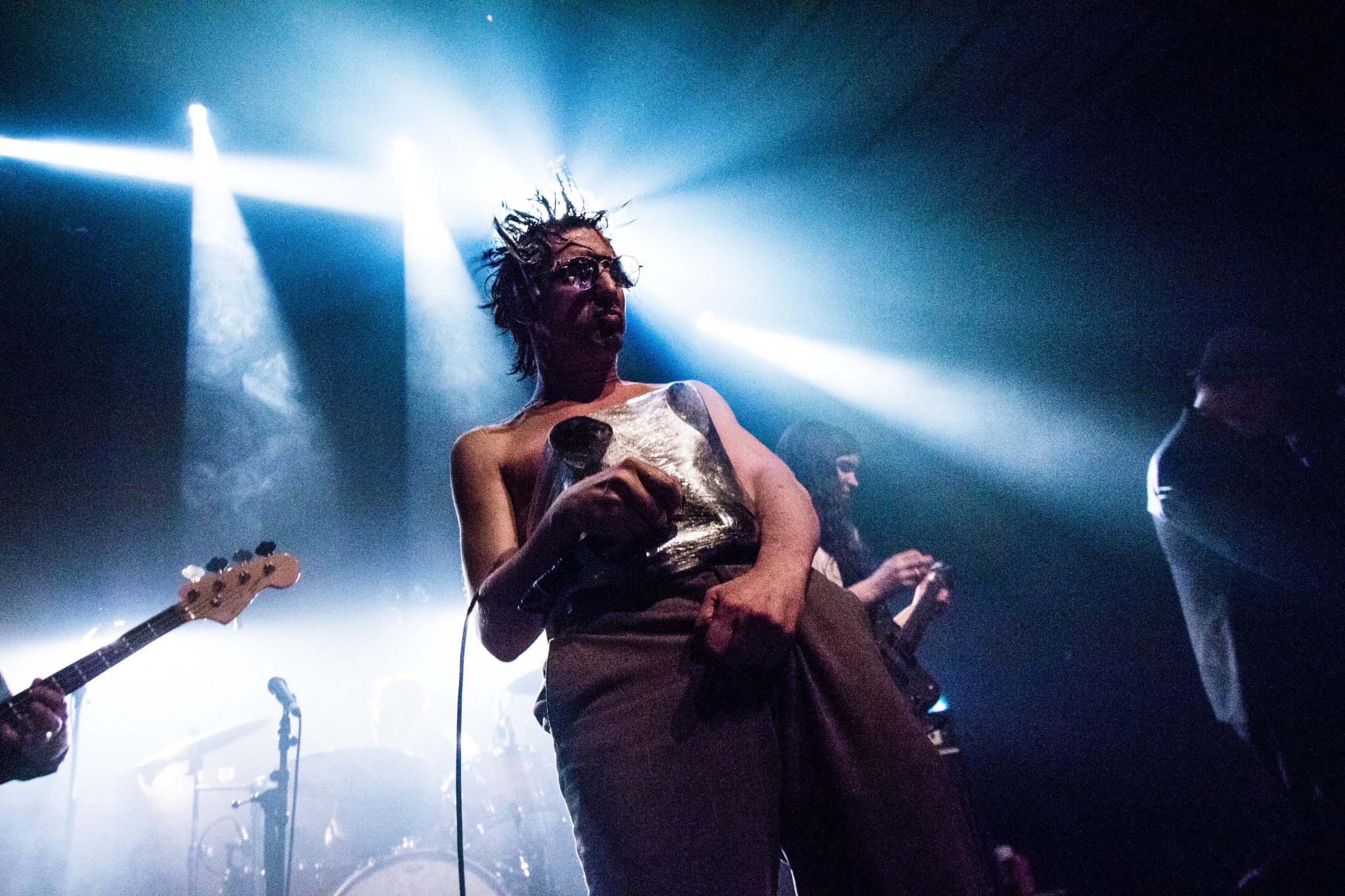 Shamanic provocateurs hailing from the fictional town of Valhalla Dale (South Yorkshire, bus ride from Sheff), The Moonlandingz have spent the past two years in a liminal realm somewhere between fact and fiction. First birthed on the 2015 Eccentronic Research Council album Johnny Rocket, Narcissist, Music Machine, I’m Your Biggest Fan, The Moonlandingz have gone from making a short cameo on an allegorical cosmic cautionary tale record to being the best live band in the country, and their performance at the Village Underground proved exactly thus.

After a stellar, bounding set of Country Teasers-esque, quasi-cowboy psychosis rock from SW2’s hottest quartet Goat Girl, The Moonlandingz – that is Adrian and Dean from the ERC, Rebecca Taylor from Slow Club, alongside a touring guitarist, drummer, and of course, frontman, music machine and narcissist Johnny Rocket (Fat White Family’s Lias Saoudi, topless, adorning a monobrow, a corset of shoes and clingfilm, and hair full of pancake batter) – took to the stage. 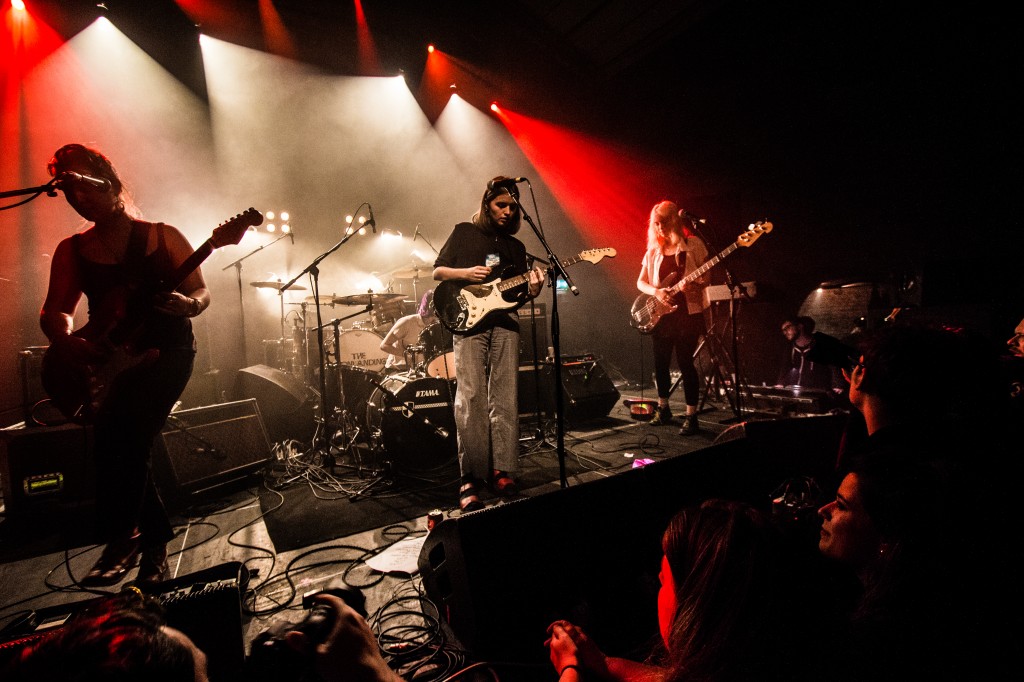 The Glitter Band strut of opener Vessels pounded East London into a depraved furore from the off, the twisted theatre was underway. The Moonlandingz made the show into more than a gig, it was a performance, Gesamtkunstwerk to the max (evident even from the 20 minute long intro of East Asian throat singing). The thing first striking about the band was their lack of fear in looking ridiculous; atop great, great music were costumes that look like they were done on a single figure budget; Johnny Rocket’s clingfilm corset reflected the venue’s light onto the twin synth-players ZZ Top beards and the shimmering outfits of Rebecca Taylor and the guitarist; everything about the band seems not quite real, but as cosmic zaps engulf you, it’s impossible to do anything other than recognise that both the Moonlandingz are real, and also the greatest live band in the entire history of human existence. 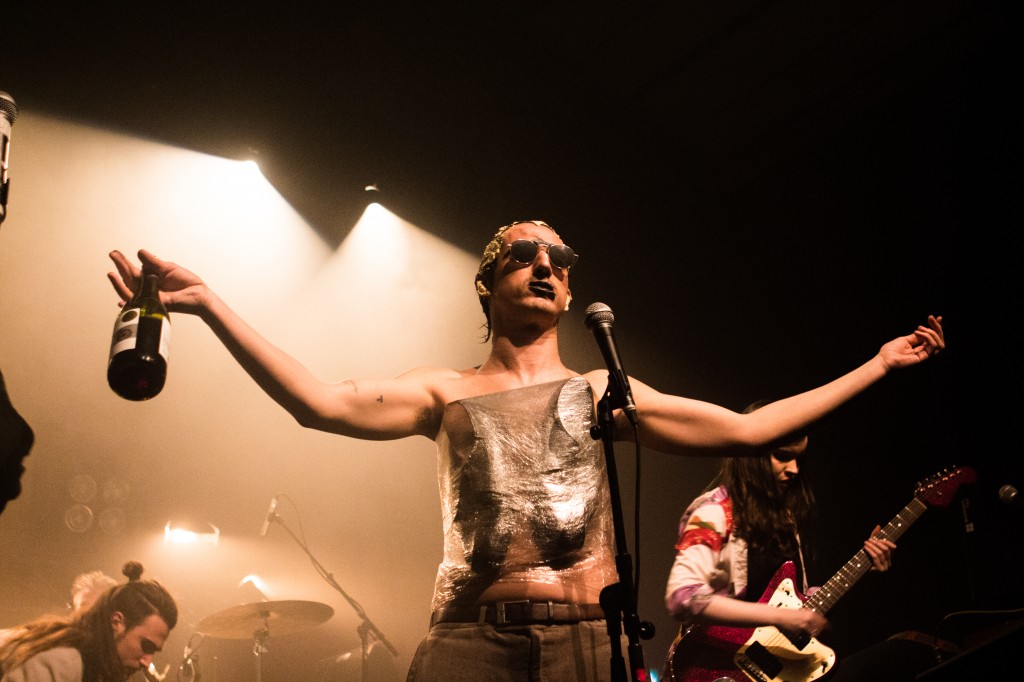 From Black Hanz, into Sweet Saturn Mine, into Neuf De Pape, into the krautrock sugar-rush of IDS, the band’s earlier set was punctuated by a litany of either ‘hits’, or stomping, fast-paced, adrenaline fuelled cosmic bangers from their recent debut album. The anthem chorus and shooting vworps of Neuf De Pape filled the air with an almost occultist chant for a new Pope in German, whilst Sweet Saturn Mine sent everything hurtling abysswards into an interstellar vortex created by analogue synthesisers and choruses catchier than whatever the latest STD the kids are giving each other nowadays is. 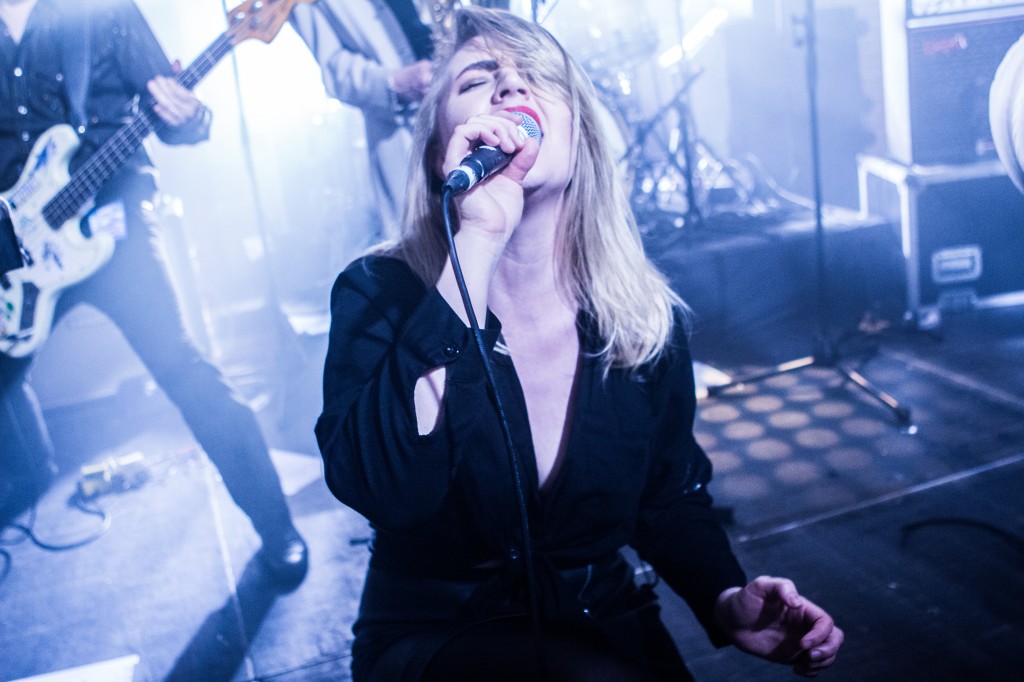 Songs like Lay Your Head Down In The Road and Strangle of Anna – the latter being almost the modern equivalent of Je T’Aime Moi Non Plus as Rocket and Taylor entwined in a tender gutter-ballad – saw the band showcase a more tender side to the band, whilst the music firmly anchored the sound in the cosmic realm far away from Earth as we know it. Throughout such space-travelling slower numbers, Johnny Rocket stopped his malevolent sovereignty and infectious energy for an albeit theatrical breather – to this point, in a perhaps Buckfast induced freakout, he’d been a frontman whose vigour had been the only thing to match the madness of the crowd. 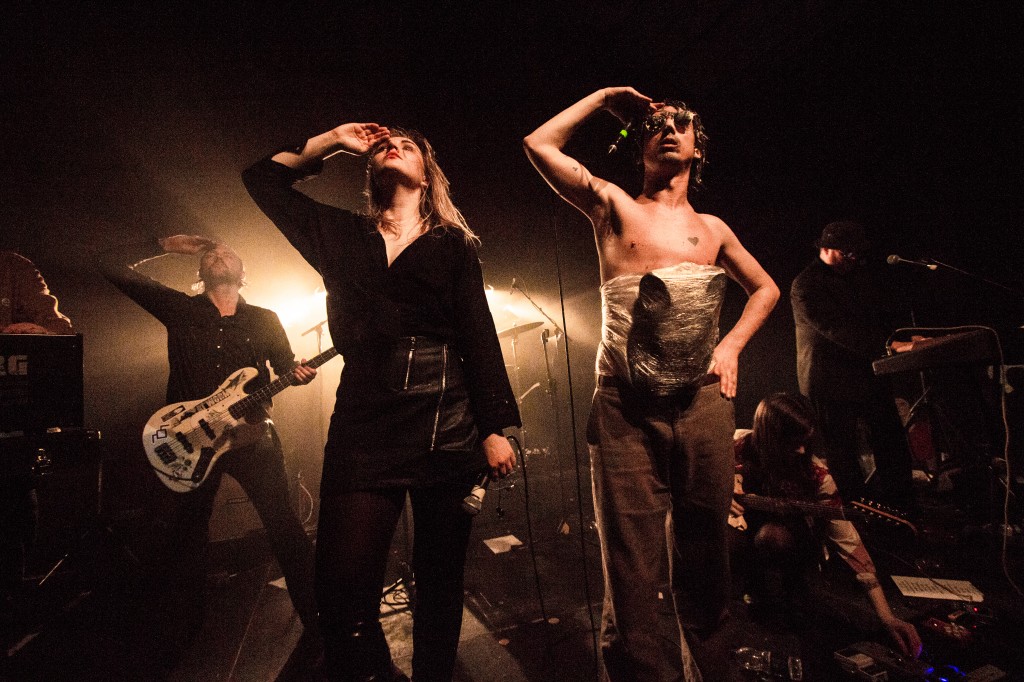 The Moonlandingz, however, as songs like cosmic stompalong Black Hanz, sleazy rompalong Glory Hole and – of course – closing number Man In Me Life demonstrated,  specialise in escapist chaos of the most manic order. Perhaps the fact that this band perform in character creates  the perfect platform for this kind of mania, however; the illusions of authentic characters are dashed, and because you expect near-fictional levels of phantom havoc, it makes the ensuing bedlam nightmare all the more tantalising. 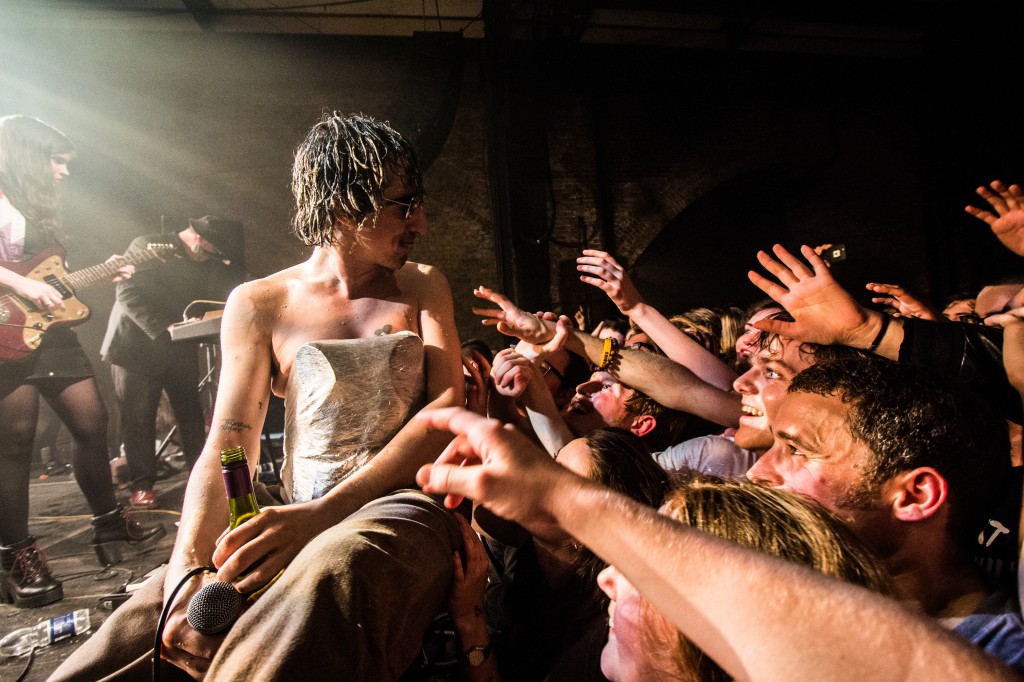 Atop this, of course, it’s inescapable that above the character, above the ridiculousness of a frontman covered in pancake batter, The Moonlandingz have great songs. Cosmic whirring pop songs, stomping glam classics-to-be, and ballads of the most warped persuasion combine with an energy so electric to ensure that this band are, dare I say it, on par with The Fat White Family in a live environment, and consequently as great as any other band in the world today.