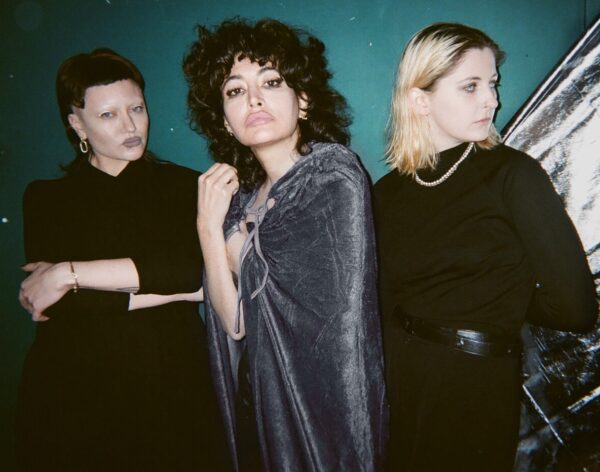 Sipping on a tonic minus the gin, sat on your lonesome and watching the clock countdown the hours until you can finally… stare around your empty room some more. One resounding question springs to mind – when was the last time you had a heavy night of unadulterated debauchery? For the majority of us, I expect the answer involves some significant brain-racking. Paying homage to the good ol’ days of binge drinking and regrets in the morning, are Hackney trio deep tan with their latest single ‘camelot’ and the announcement of their debut EP ‘creeping speedwells’.

Getting all het up is an increasing charge of urgent guitars and throbbing bass, sporting a similar mojo to that of the Duracell Bunny. Revelling in the haze, enigmatic vocalist, Wafah, utters her hedonistic lyrics with all the raspy charm of an Au Pairs number. A short and snappy offering finishing just shy of 2 minutes, the dark-poppers have conjured up a whip-smart excuse to have a thoroughly good piss-up.

Speaking on the track the band explain “‘camelot’ is an unashamed tribute to ‘the sesh’. A group of people have just been evicted with only 48hrs notice, leading them to have one last rager in order to forget about the stress of finding a new home and with such short notice. The frenetic energy of the track sets the scene for total obliteration.” It’s safe to say that with a list of unmemorable nights in stacking up, ‘total obliteration’ couldn’t come sooner.

A simmering taste of what’s to come, ‘camelot’ is a deep scratch on the surface of what the cold wavers’ debut EP is promising to achieve.