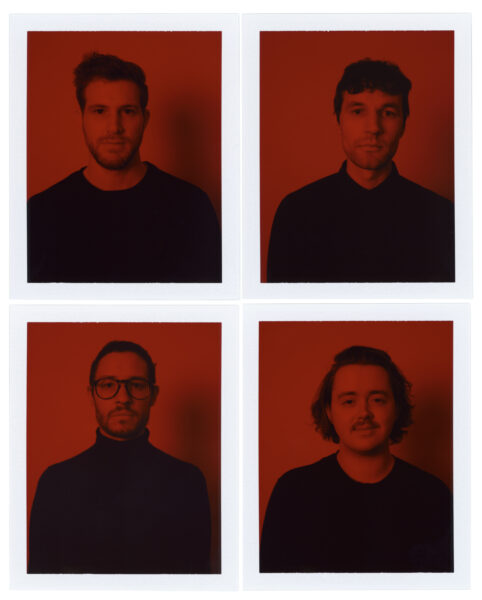 London’s Ice Baths grabbed our attention earlier this year with their single ‘Simulation’ and today they follow it up with ‘Auster’. The menacing new single is the opener to their upcoming EP titled ‘Decadent Sprinter’.

‘Auster’ can be placed in line with the angular sounds of Parquet Courts, Crack Cloud and the like but Ice Bath’s provide an intensity that goes beyond that corner of guitar music. They’re a band and this is a single greater made for tougher, dingier and altogether more testing times.

Talking about the single, the band offer this “‘Auster’ is a song that we have been playing for a long time, possibly one of the oldest songs we have and still play. One thing that has been pretty consistent with us is our vocals and lyrics are generally quite obscured and low in the mix… With Auster we took this another step by recording 2 different lines of vocals on top of one another throughout the verse… Although this was actually a mistake as Alex thought Tom was singing something totally different when writing… None the less it worked out and we played with this in the recordings with the second line of vocals hovering in the background offering a subconscious alternative reality…”

Listen to ‘Auster’ below and pre order the single via Blank Editions here.