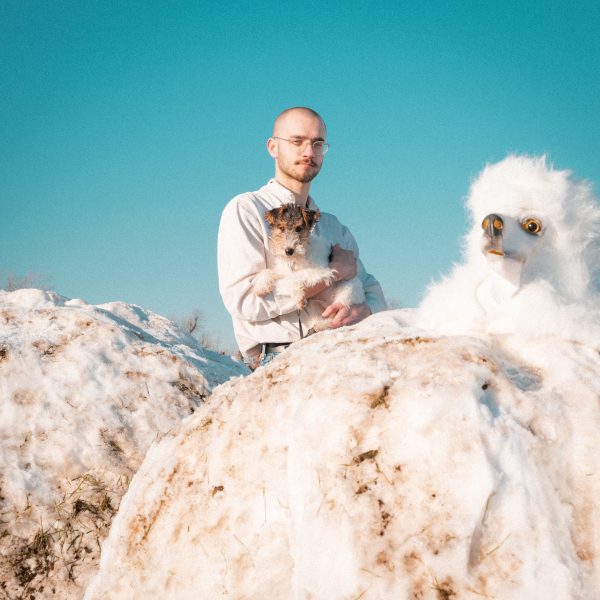 On ‘Bank Robber Song’, Joseph Futak directs his own tragedy in a baritone sponsored by B&H Blues, faithfully aided by a company of dusty guitars and lethargic drums. He tells the story of a ‘seasoned criminal’s last job before retirement to Collioure, peppering suggestions throughout that this drama isn’t really about police and thieves. Apart from the best pronunciation of the word ‘despair’ you will ever hear, the sound of ‘Bank Robber Song’ remains firmly within Futak’s domain, vocals going hand in hand with a detailed production style we’ve recently heard on tracks by Lilo and Tapir!.

Following this with the urgency of a teenage lie-in, ‘This Morning’ shows us that Futak’s approach to audio is purer than that of most musicians. Just like the squeaks of Stevie Wonder’s chair on ‘Visions’, the passing sirens and sonic imperfections on ‘This Morning’ beam us directly into Futak’s soundscape, offering us no choice but to stretch our ears, and listen closely.

Both songs are solid proof that Futak’s creative process doesn’t include him hunched over DAWs, obsessively tweaking. In fact, he and his session musicians create an immediacy which exemplifies their experience in nurturing South London’s mellower sound. Let’s keep our fingers crossed this isn’t the last we’ve heard from Honor Oak’s finest.