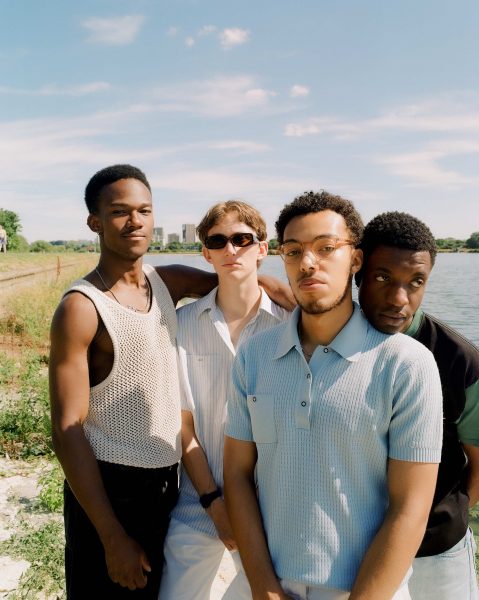 The newest release from the London-based four-piece is just as genreless as their previous endeavours, resting somewhere in the midst of their sweetly ambiguous amalgamation of indie-rock, dark pop and drum and bass that always lands on its feet. ‘Pressure Builds’ is the second offering from Malady’s upcoming debut EP, ‘All Pressure, No Diamonds’, due for release February 10th via Modern Sky.

Hidden in its murky danceability, is a true-to-life confessional on drab day-to-day endeavours, “violence in [the] mundane”, and the ever-present pressures of chasing success. Malady themselves describe it as a “song about trying, and failing, to make it work in a system that is set up to work against you and the melancholy that arises as a result”. Their recent output is both sonically and socially current, with congenial lyricism and a quality that makes them feel inherently ‘London’, Malady are creating straight out of the space around them. Directly reflecting adolescence in the 21st century, Malady’s newest work boasts comfort in relatability – all pressure, no diamonds indeed.