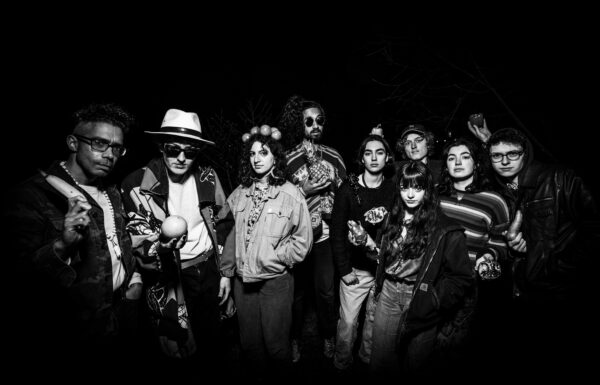 Legend dictates that if you remember the sixties, you weren’t there but in today’s climate- you can either face the monochromic humidity or step inside a previous kaleidoscope. If prismatic tranquillity comes from within the clairvoyance of a hip-flask made of tasselled suede, and nostalgic expectations, what can you do?

It’s simple. You let down your hair and unravel your insecurities- allow gut instincts to tune into rhythmic aphrodisiac, one transmission at a time until nothing remains but a final drop of intuition for the road, and a scattering of bony-gems in the place of a previous existence; a Kool-Aid trip, in which with every step towards euphoria the newly installed floor-keyboard that’s metaphysically replaced our universe, turns first to lava, then to ash, and eventually regenerative stardust. The world is now your oyster and the pearls? They’re made of Mandragora.

To release the ‘Mandragora’ is to admit instant success. A beast of its own mythology, it seeks to remain a matter of nightshade; a lava lamp minus the safety switch, a beacon in which the decorative, but ultimately threadbare cord, has finally been replaced by a vision of Oxfordian new-light who glisten by the name of Mandrake Handshake.

Transporting haze like a Robert Beatty vision where fine-lines form the shape of illogically compelling substance, their wooze embodies the creases of a familial smile; a mouth open-wide for hybrid conversation, and an acid-reflux perfectly climatised for breeding high-life, and soul-seismic sunflowers.

The more you seek from their germinated intuition, the more this group has to offer. Out from beneath the barrel of allure, two hands appear amidst the wooze. This might at first glance appear strange, but you fix your gaze on them nonetheless for something truly marvellous has reached out and called your name and common courtesy dictates that if the Mandrake offers a handshake, you do so slowly and with entrance.

Not many folk dare to challenge conscious expectations to such a refreshed degree but this gang are assuredly, unlike the others. With a voice like a Mondrian Dress stitched from the dual-inspiration of op-art and constructed distinction, if ‘Mandragora’ is anything to go by then Mandrake Handshake are an influenced spectacle who don’t need to scream, to be heard.