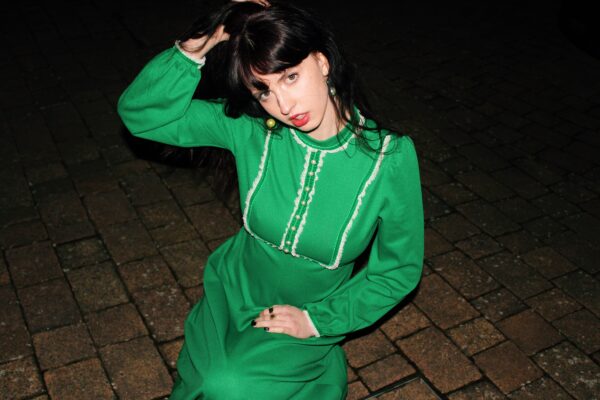 Whilst the summer solstice may have been and gone, here in Britain, at least momentarily, we’re in a period of lifted restrictions and in the midst of a scorching heat-wave.

Released appropriately for these times, London’s, Rosie Alena has kindly offered us a glimpse-of-normality-gift with radiating single, ‘The Light’, out now via untitled (recs).

Featuring long-time collaborator, Morgan Simpson (black midi),‘The Light’ is the perfect dose of vitamin-D inducing delight. After the nebulous, perpetual anxiety and seemingly never-ending state of lockdown, ‘The Light’ flings the shadows themselves into the depths of another realm.

Produced by Oli Barton-Wood (Porridge Radio, Nilufer Yanya), the scintillating ebullience of ‘The Light’ retains the beguiling and mesmerising vocals of Rosie Alena’s previous outings. Its cinematic soundscape builds, and in the best of ways, starts as almost a pseudo-James Bond theme that traverses into a super-fun, balmy almost country-tinged, psychedelic-folk carousel for skipping in a field. Truly spellbinding stuff.

On the inspiration for the single itself, Rosie Alena explains: “In a time of personal darkness, I had taken solace in “The Art of Happiness” a book by the Dalai Lama & Howard C. Cutler; this is where my concept for ‘The light’ stemmed from. For me, the song acts as an affirmation: envisioning a more hopeful, happier and grounded self; seeing the light outside our windows both literally and metaphorically”