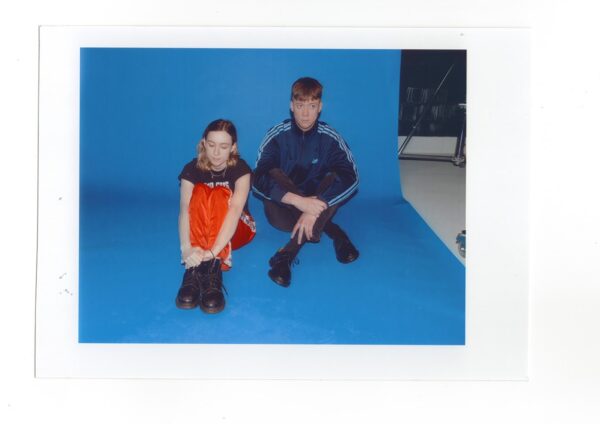 Still reeling from the head spin of a devilish album debut, it would seem that Sorry’s tales of skewed romanticism are all a fragile muso really needs to keep themselves warm at night. With a long year ahead of us, the gnarly North Londoners return to appease our downtrodden sensitivities, with two new singles and brooding visuals in tow.

Choppy in nature and fuzzy round the edges, ‘Cigarette Packet’ is a panic inducing haze of experimentation. Like the now-I’ve-started-saying-what’s-on-my-mind-I-can’t-stop feeling we’ve all had after one too many, clanging percussion ping-pongs its way between vocalist Asha Lorenz’s candid lyrics. Increasing the charge with a flashing montage of smokers doing what they do best, Lorenz comments: “we wanted it to feel claustrophobic and for intensity to build where it felt right. The mouths all merge into one voice, by the end it’s hard to tell who’s saying what, as if all your friends or people you meet are just parts of you. It’s weird what your mind chooses to hear or remember.”

Glittered in glitch-pop production, second single ‘Separate’ is a slick curveball to the band’s often grungy exterior. A submergence of electronic samples and jolting repetition, the track finds itself floating between underwater muffles and the galactical sounds of the cosmos – if ever there was such a realm. Finding the sinister in ‘bath time’ and toy cars, the track’s accompanying visuals offer a warped lens into the human psyche. Lorenz explains: “We loosely based ‘Separate’ on the J. G. Ballard novel Crash. It’s as if the water is his mind and he’s relaying or planning the series of crashes with the toy cars.”

Equally as infectious yet more playful than the last, Sorry’s latest singles will crawl their way under your skin – and for all the right reasons.