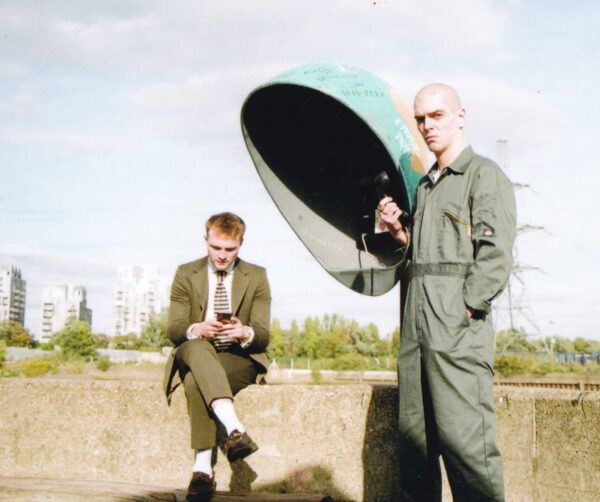 London five piece The Queens Head have released their debut ‘RUDETOY’ and it’s a lyrically swaggering display of how it might feel to be hunted by hornets whilst falling blindfolded down Alice’s rabbit hole but like, in a good way.

Coming out on Permanent Creep Records (Egyptian Blue and Peeping Drexels) ‘RUDETOY’ is a tinnitus- snarled bully of a track that fervidly bounces ear-to-ear in a thundering circus display of snagged spoken word, socio-politicisms and part-time pescatarian-isms – all backed by equally flamboyant digitally dubbed deceptions. It’s about as much as a single (and indeed a single mind) can structurally handle in one sitting. Not for the faint-hearted and packing in at just under four minutes, ‘RUDETOY’ unceasingly indulges in the brashest of British drunken discourses in a dead-awakening reverberated mash of vigorous electronica and a solidly classic band aesthetic.

A band to keep all future focus on The Queens Head are here to sputter perfected havoc on your coded ideas of post-punk conduct. With a rapidly growing  signature shot of submerged ‘what on earth did I just listen to!?’ and energetically unrestrained cynicism the question now remains: ‘what makes you so special?’

The Queens Head launch their single at The Lexington on 9th August. Full details here. We’ve added ‘RUDETOY’ to The So Young List on Spotify which you can find here.