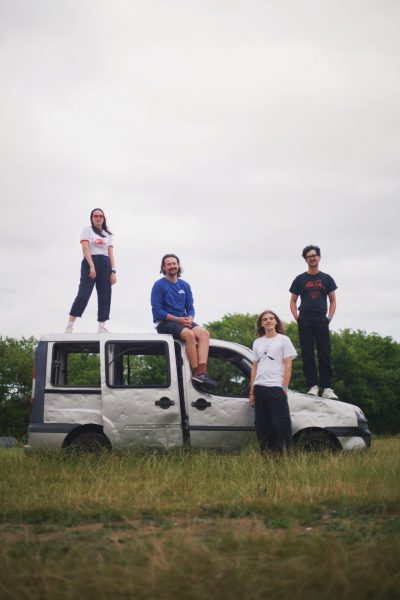 How did our lovelies Tugboat Captain ever get so evil? Now three albums deep,  “London’s premier DIY Baroque-Pop troupe” – as they dub themselves – return with 2 minute trip “Flash of Light”. It contains, by their own account, “first ever four-part bassoon drop in the indie-rock genre”.

Vicious, warped and psychedelically stretched, the brief but brilliant ‘Flash Of Light’ positions itself at that apex of sanity where the shrooms jolt into action, and suddenly even the most basic of white good becomes filled with all the fascinations of the universe. Careening effortlessly from time-doughing buzzsaw menace, to piano-fluttering peardrop melodia, ‘Flash Of Light’ builds up its Frankenstein’s monster from the various body parts of 60s pop. The sweet vocal harmonies of the Zombies splice into the raging pitch bends of Status Quo’s Pictures of Matchstick Men. (You can even hear the Gilmour-esque glissandos looming in the background like the spectres of the ancients)

It’s fucked up, it’s odd, it’s beautiful. It’s Tugboat Captain meets Star Trek; it’s kitchen-sink manoeuvres on the Starship Enterprise; it’s a cup of tea that maps out the constellations with the oat milk froth on its surface.