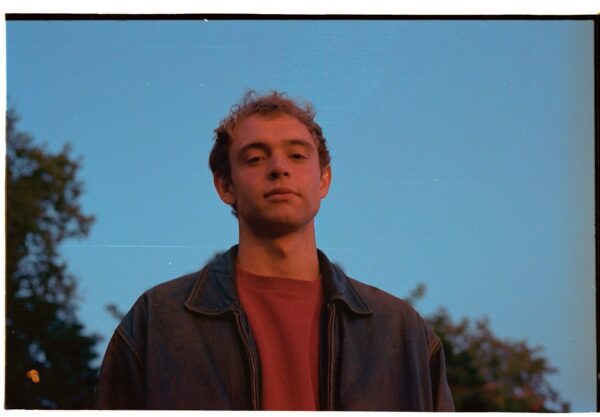 With a hazy montage that belongs on an old school TV in a skate shop, Wunderhorse brings us ’17’, a lo-fi hum that melts somewhere between Venice Beach and London concrete.

This song is familiar. It wraps around you like that heady feeling of regret after a big night out, with a beat almost mimicking the determined march to a bus stop at 5am. It’s summer, the sun is rising, the sky is pink and every high you felt at midnight has swung to a deep and impeccable low. This isn’t just me reading into the lyricism or tone, Jacob Slater himself described the songwriting process as “I remember coming back from a party and feeling a bit shit and the song just kind of fell out.”

Slater has been performing ’17’ for roughly three years, and I’m pretty sure I first heard it played at a small gig in the Victoria Dalston in 2018. The first thought that sprung to my mind upon hearing the song again was a memory of dancing with a beloved friend, who would always grab ahold of my hands and twirl around with me at every gig. We didn’t know the lyrics back in 2018, so instead just moaned at one another with some vague semblance to the tune.

It’s refreshing to see an artist so comfortable with refining works written at such a young age, ’17’ being written at the age of 17 (hence the name), and then being kept aside and saved for a rainy day. Slater is a storyteller, I have spoken before about his playing with themes of nostalgia and death, and once again ’17’ fits beautifully into that framework. This side of Wunderhorse is calm and confident, not as much sleepy shoegaze as in ‘Poppy’ or as much energised indie as ‘Teal’, but with just enough of both, laced beneath layers of Americana.

It’s one hell of a year ahead for Wunderhorse, with Slater’s television debut as Paul Cook in Danny Boyle’s punk series ‘PISTOL’ landing on Disney+ in the Spring. In the meantime, you can catch him live and headlining at the Lexington on March 10th. Tickets available on Dice.