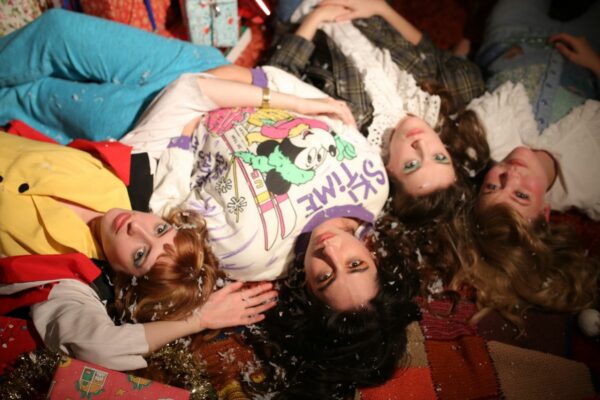 God rest ye merry gentlemen, Los Bitchos have released the music video for their contemporary Christmas classic; ‘Los Chrismos’. The single, which was released in October, is now complete with kitsch visuals, as it follows the band partaking in various scenes of festive fun whilst on an 80’s sleigh-cation.

Alongside their usual spread of Surf’n’Turk rock, ‘Los Chrismos’ has all the trimmings of the oddly defined genre that is Christmas music. There are sleigh bells, Andrew Ridgeley synthesizers, a section of half-time (à la charity fundraising single), and lyrics as absurd as Bob Dylans ‘Must Be Santa’.

‘Los Chrismos’ is a statement of holiday post-modernism, a pluralist critique on the opportunistic essence of annually guaranteed revenue. Through mulled wine fuelled pastiche, Los Bitchos have said ‘fuck you’ to everyone from Mariah Carey to The Big Man himself. I’m surprised they couldn’t get a feature from Michael Bublé.