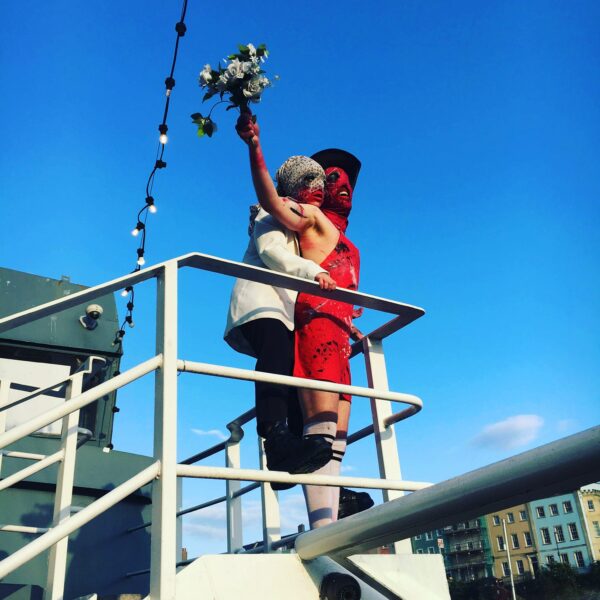 Over a template of rubbery 147bpm grooves, Lynks threw a puzzled glance at that notion and summoned the courage to bellow a question privately pondered since coming out: “Why the fuck should I ever want to be straight acting?” Samples of real-life club goers caught short on sobriety outside Bristol’s Lizard Lounge lent a satirical blend some added bite, and the result was a Peaches-flavoured belter every bit as vital as the Canadian artist’s best work.

Now, Lynks shares ‘STR8 ACTING’s official video, in which they and their crew (“Lynx shower gel, we’re the complete set!”, as they were recently introduced at Brixton’s The Windmill) bring boxing gloves to the club to provide a much-needed shakeup in an environment that for so many can feel simultaneously oppressive and distant. Here’s what they had to say:

“I wanted to do a cross-between Blair Witch and Sesame Street. I roped in eight of my friends to star in it, the lovely and amazing photographer Guy Woods helped me shoot it on my Dad’s camera while my Mum did the lighting with an extension cord and a desk lamp. A true team effort.”

This team doesn’t do rules. Now, repeat after me: L-Y-N-K-S, she’s the best