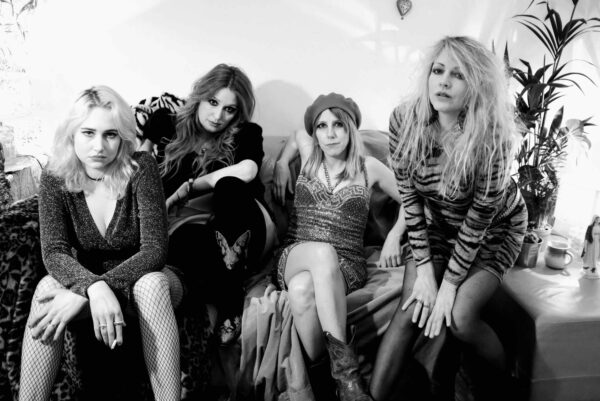 Opening with an intensity akin to an unexpected heavy blow to the head, it is the mental daze inflicted by this musical concussion which allows the track to reveal itself as something more. Alternation between ethereal falsetto and quasi-ritualistic chanted vocals over scuzzy, spiralling guitar riffs give the track an almost hypnotic quality, drawing you into the world the track inhabits whether you like it or not.

Listening, it feels like you’re either being inducted as a member into some form of brilliant, glow-in-the-dark cult – or simply just primed for sacrifice. But it is a testament to the brilliance of Madonnatron that by the time the track fades, both seem incredibly attractive propositions.

Watch the brand new video for ‘Sucker Punch’ below:

Catch Madonnatron live at the below dates later this year: