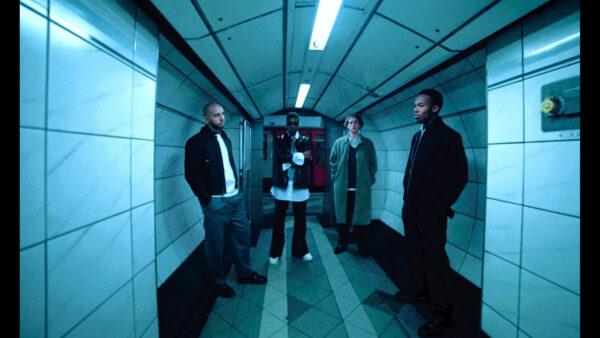 What does it mean to be a Londoner? An ability to take the tube without consulting Citymapper first? Knowing that east and west are two very different stomping grounds? Calling the perfect pint hotspots before the hipsters get involved? Whatever the definition, if you consider yourself to be a ‘Londoner’ you will understand that whilst we sometimes can’t live with it, we certainly can’t live without it. Paying homage to this blunt realisation are city bred four-piece Malady with their debut single ‘London, I Love You but You’re Bringing Me Down’.

Awash with synth-led beats and shimmering riffs, the track finds its momentum in the hazy grey area between early dubstep and jangle pop. Diverse in sound yet pained in subject, the London lads bask in a ray of endless hooks and bright-eyed grooves, despite the everyday rut in which they find themselves. Mirrored in cityscape scenes of the songs accompanying music video, disheartened frontman Junior Cobbinah stands knee-deep in rush hour, whilst the rest of the band ride up and down TFL’s endless network of escalators. An all too familiar – yet unnervingly nostalgic – cycle. 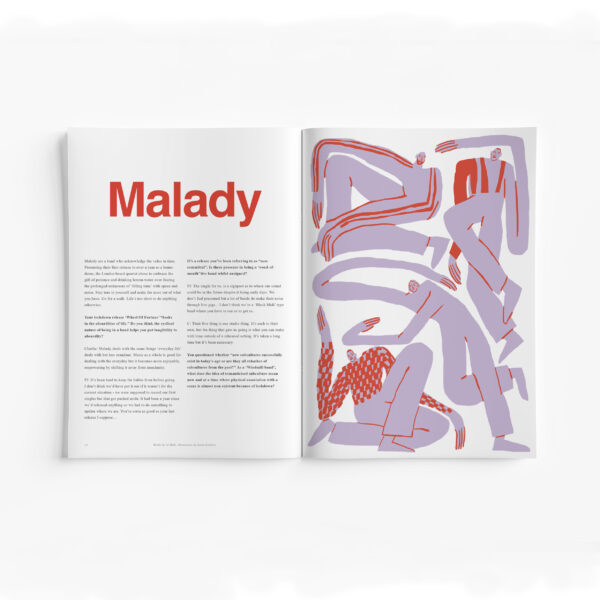 Malady in Issue Twenty-Eight of So Young

Cobbinah divulges: “I must’ve heard LCD Soundsystem’s ‘New York, I Love You but You’re Bringing Me Down’ and thought the love-hate sentiment behind the tune mirrored the feelings I had, and still have, with London. The topic of the tune isn’t news to anyone, but it felt necessary to document the confusion and sadness felt by how inaccessible and hostile the city is becoming to live in for most ordinary people who have lived most, if not all, of their lives here.”

If metropolitan life is getting you down, the moral of the story here is to have a big old song and dance about it. Taking back the city one refreshing display of experimental musicianship at a time, it’s most certainly working for Malady.

We Chat To Malady In Issue Twenty-Eight of So Young. It’s sold out in print but you can read the digital edition below.