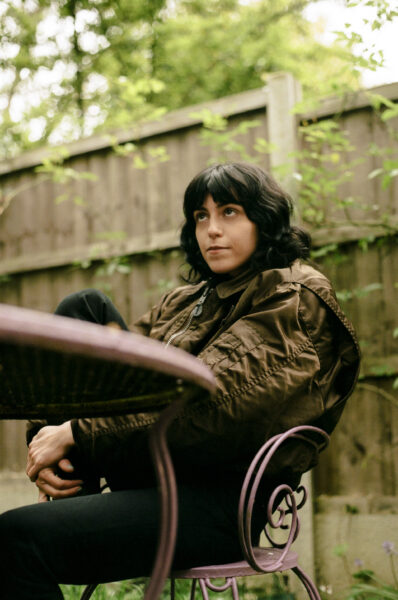 Natasha Simões is the Lisbon-born, London-based singer-songwriter known as  Maripool. Her new single ‘Softly’ marks the release of her first single for Practise Music and comes with a twisted, self-directed, self-edited music video.

Describing herself as a “one girl band”, Maripool has delved deeper into melancholic dream-pop with her new single, ‘Softly’. After a short, introductory, jangly riff, she initially jumps into the opening verse with pacing reminiscent of Sue Tompkins. The vocal is fundamentally gentle, yet jumpy, and at times, is held and dragged in a way that sits prettily atop the underlying tapping riffs. Preceding each chorus, Maripool sweetly sings “I come back down” with her pitch falling on the word “down” in a satisfyingly onomatopoeic way.

The single’s vacillating instrumental energy, captures the complex emotions that stand as its inspiration; as Simões shares that it was written as a “form of exorcism”. The root of its concept lies in the idea that “there’s an evil inside of [her] that needs to come out”, but that in the end, she decides to keep it. This initial premise blossoms in the single’s surreal music video that Simões herself directed and edited. The video follows its ‘protagonist’ per-say as she’s chased and eventually won over by a jester-type figure. The charmingly low-res video feels like the perfect visual conversion of ‘Softly’, as it reflects the track’s dreamlike quality.

‘Softly’ opens in a way that stays true to its name, even the persistent drums in its introduction avoid being harsh. As the fuzz of the initial melody is built upon, the track hits moments of high energy and urgency that echo tones similar to that of Electrelane. These snippets of controlled chaos are allowed to slip through the cracks, before finally taking over in the cathartic last moments of both the video, and the single itself.