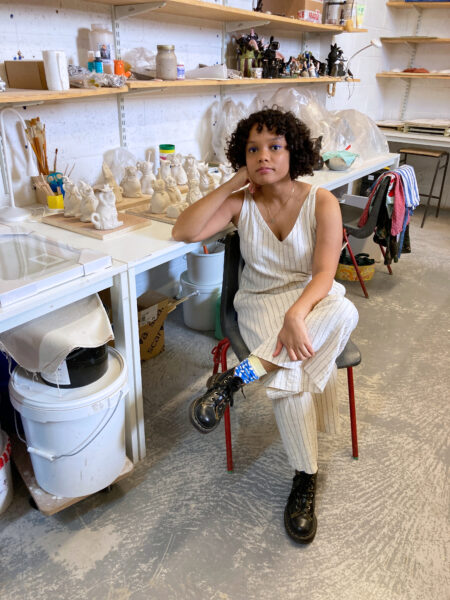 Naomi Anderson-Subryan was inspired by her tutor’s open approach to illustration, resulting in her beautiful portfolio of collage, 2D and 3D works. After nearly falling out of love with “Art” during her early education she was reinvigorated whilst being around other creatives, working in retail. Here at So Young we’re delighted Naomi has found her path within the creative world. We caught up with Naomi to talk daily routines and the importance of music. 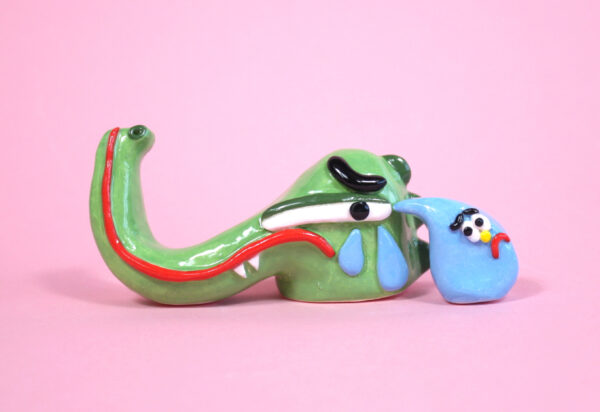 How did you get into making Art?

I’ve always had this energy and need to make stuff! I think I fell a little out of love with “art” in the latter years of secondary school.

It took me failing out of drama school at 19 and nearly 4 years working in retail to finally go and do an art foundation and that was the best decision I ever made!!

It varies a little depending on what I’m making. I often have a clear idea in my head of a scene or a character or a scenario, and it’s a matter of trying to bring it to life or get it down on paper.

I write notes and do a series of rough planning sketches! Usually if it’s a collage these are very quick sketches to get an idea of composition and block out the shapes – most of the time they literally look like nothing at all but they make complete sense to me!

In terms of my ceramics a lot of them start out as collages. I have a lot of ideas, I think of little ceramic characters and objects all the time that I’d love to make and usually I’ll collage them first to get an idea of shape, colour and expression! I don’t usually plan these, I just see what happens – and then figure out how I can make them out of clay afterwards! I love seeing the transformation of something from a 2D image to a 3D object existing in the space. 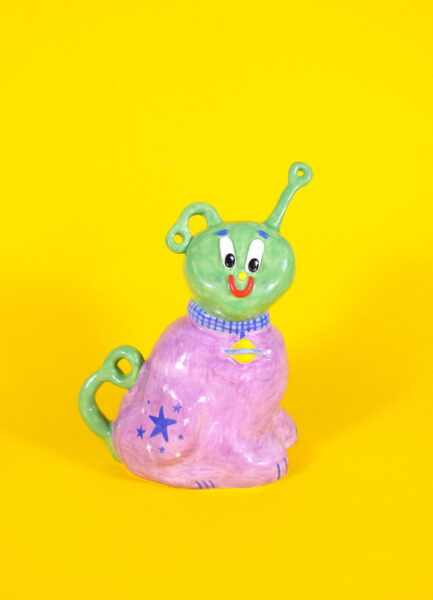 Tell us about a typical working day.

I’m super focused when I’m working on a specific project, I’ll usually start at 10am and will be at my desk until 10pm or later – aided by numerous cups of tea. I usually have my headphones in, Netflix or YouTube on my iPad, and just get totally lost in whatever I’m making.
I’m working from home mostly at the moment – I have a ceramic studio that I can go to to make ceramics but with lockdown I’ve not been there so frequently and have made from home mostly. The great thing about working at my studio is working alongside other creatives, I miss that when working from home!

Someone commented on one of my images on Instagram the other day that they felt my work was both intimate and comfortable – which I thought was really beautiful. 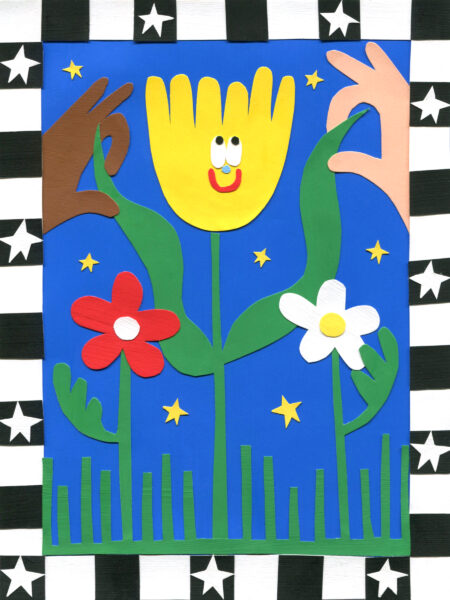 Studying illustration, what caused your work to move into 3D ceramic sculpture?

When I saw how tutors at Camberwell talked about and approached illustration it was a light bulb moment for me – it felt like the possibilities were endless! Whatever direction my work might take, I felt it had a place in illustration. I remember thinking this is it, this is what I’ve been wanting to do this whole time. So making three-dimensional work was just always on the table for me and I made a lot of 3D work whilst studying! It was a huge part of illustration at Camberwell on foundation and I loved it so much!

So, when the opportunity to make ceramics on my BA (Camberwell has a ceramic studio) came about it felt like a natural progression for me and my practice! 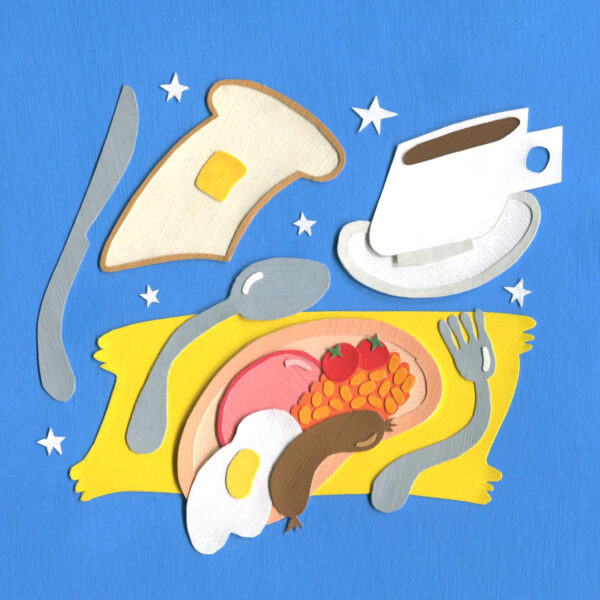 Does music influence your work at all?

Most definitely! You know when you hear a song and you can instantly imagine a scene from some imaginary movie in your mind, that’s what Illustration is a bit like for me! I have a really clear image in my mind – almost like a movie still – and I have to get it down or make it into a ceramic or something. Music is great at capturing a feeling and a moment! I’m always fascinated by the way some songs can evoke such strong feelings of nostalgia – sometimes harking back to a time way before you were even born, and yet you get that strange feeling of longing and nostalgia. I think I try and capture an element of that in my work – this idea of making work which feels familiar somehow.

More ceramic mantle dogs! I’ve been working on a new series including a few new characters that should be available to buy in the next few months! I love love making these and it has been so fun to explore some new characters because I’m constantly having ideas for them!!

I’d also love to make some larger scale collages. I love playing with scale and that’s a huge part of my ceramic practice so I’d like to play around with that in my collage practice too. 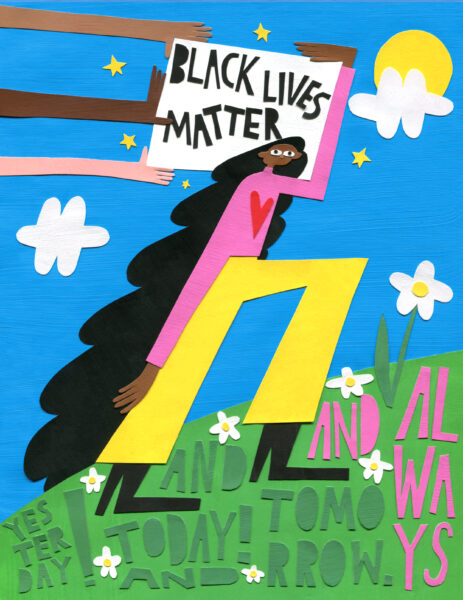