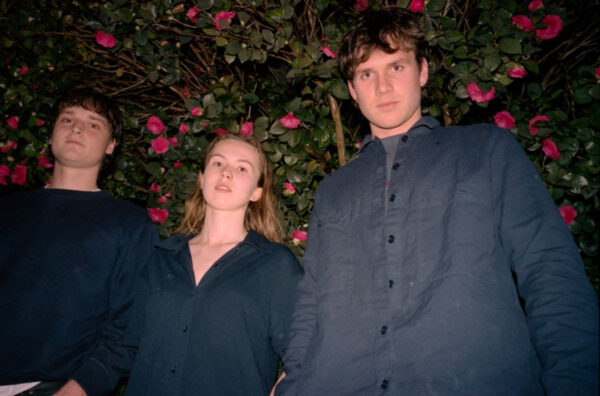 Emerging from the hot-bed that is Melbourne, meet CLAMM – another marvelous new outfit from the city that’s producing some of the most exciting bands today. Following on from their killer debut ‘Keystone Pols’, the trio have unleashed the heart-palpitation inducing onslaught that is ‘Liar’ from their upcoming debut album ‘Beseech Me’ (April 9th via Meat Machine – Crack Cloud, NOV3L)

‘I know it’s coming for me!’ wails vocalist/ guitarist, Jack Summers on the opening line of ‘Liar’ – CLAMM really waste no time hauling one with full-force into their chasm of angst-fuelled, frenetic garage-punk. From the get-go, it’s an utter tour-de-force. An engulfing fireball of blistering heady-riffs and scorching vocals, ‘Liar’s rawkus intensity of the trio’s latest outing never lets off for a moment. The breakneck ferocity is like an amalgamation of Melbourne contemporaries Amyl & The Sniffers along with some Metz, Eagulls and garage-punk royalty, John Dwyer’s Coachwhips thrown in for good measure.

The poignant theme of this cacophonic whirlwind is a blistering commentary on the assault of irrational thoughts that many of us encounter day-to-day. It’s a somewhat sonic reflection of claustrophobic chasm where the seemingly imperishable walls cave in; all created by the rumination of improbable outcomes that the hostile mind in itself can create. It’s an important track – showcasing that sometimes our biggest fight is that within ourselves.

On the single itself, Jack Summer states ‘Liar’ is a fiercely energetic track about “dealing with a voice in your head that isn’t always telling the truth”. Listen below.