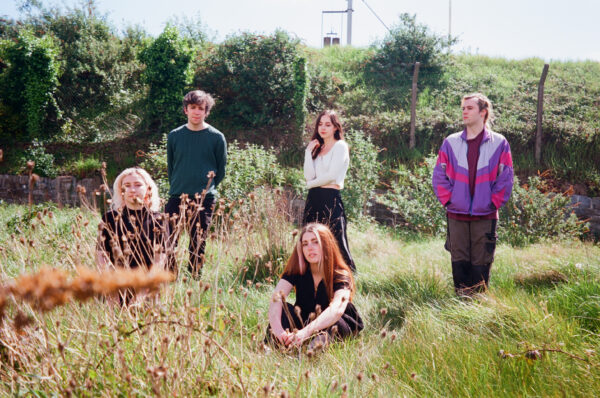 Intersectional feminist post-punk band M(h)aol have released their most recent single, Gender Studies, a dry and menacing musing on gender identity, and attack on those trying to wrest control of it.

The moody sounds are well-suited to the late September dip into the cooler and darker. Following on from their latest cacophonic single ‘Asking For It’, M(h)aol’s Gender Studies follows along similar lines. The blend of gothic and angular post-punk concocts imagery of dark rooms and sharp objects and this latest release is no exception.

Opening with sludgey, metronomic guitars, M(h)aol lead singer, Nic Ghearailt, drolly delivers a repetitive ‘study my gender’ with wry threat. Clocking in at a brief 1:50, it packs a brief but muscular punch, the beat driving the music forwards, the music slowly sitting on the precipice of action. It rejects the typical song structure, dealing instead manipulating words to control the peaks and troughs of energy.

Evoking sounds of bands like This Heat, and Swell Maps with their rigid rhythms, or The Normal’s deadpan delivery. It’s reminiscent of a plethora of similarly placed bands, but it still remains naturally itself. Gender Studies is a crystal-clear mission statement from another very exciting band out of Ireland.