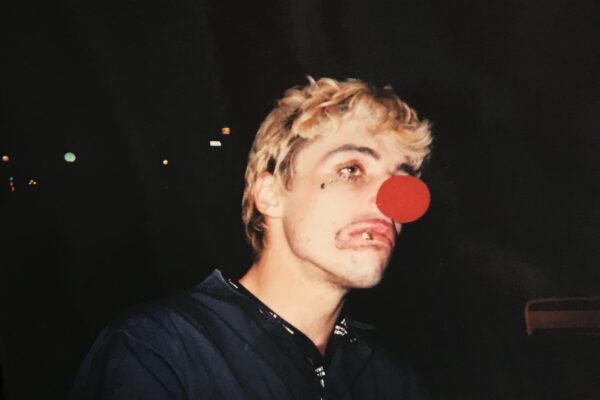 Having fathered two of the most fascinating and ambitious acts to come out of the post-punk revival, Crack Cloud and NOV3L, Bryce Cloghesy has already proved himself to be a vital component of the modern guitar cannon. And while both bands are known for their ferocity and fervour – Krautrock exactitude meeting the thumping bass lines of 80s acts like Gang or Four, there is a another side to Cloghesy, that up until now has been hidden from public view.

Recording under the moniker, Military Genius, Cloghesy’s first solo release demonstrates a more introverted and private side to his music. While elements of his signature style remain – the metronomic drum beats and genre bending for one – the track demonstrates sensibilities that may seem at first odd to associate with Cloghesy’s songwriting such as etherealness and sensitivity. Sonically mirroring the style of lo-fi bedroom recordings, ‘Focus’ boasts lingering synth-work and breathy vocals punctuated by crackles, that give the impression of rawness. Its such a delicate track that its beauty lies within its space, the distance between the chiming guitar and the vocal melody, which allow thoughts to finally find themselves and then dissipate. It’s a song for solo listening, that will leave you with a feeling of serenity.

If you like what you hear then make sure to check out Cloghesy’s solo album set to drop it March, which is sure to include more delightfully pensive gems.