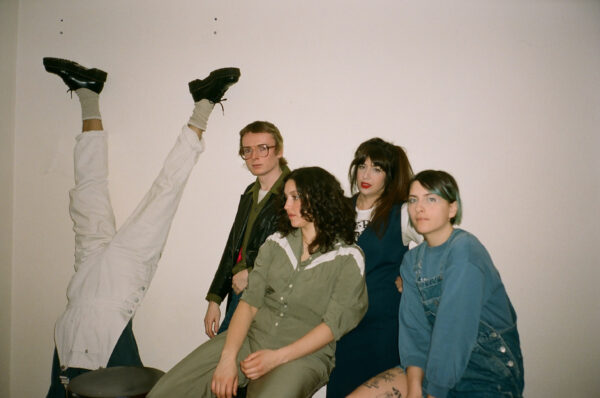 Despite not having even played a live show, La Sécurité have already rendered the prospect mouth-watering with the vitality of their small recorded output. While debut bopper ‘Suspens’ was a motorik’ing francophonic blitz, the follow-up traverses altogether more unhinged settlements.

An elasticated, groovaholic, art-punk jerk, ‘Try Again’ reveals an itching, twitching capsule of ecstatic disturbance: an ode to the cool-ass mutancy of late 70s New York, peppered by the overstimulation of  the 2020’s information excess. Beneath lyrical non-sequiturs, stewing paranoia with euphoria, rushes of rock blast between spiky, piecemeal circulations. Bass lines jitter, amplifiers squirt, and randomized synths ‘blip-blip’ on the margins, like the crumbs of scattered consciousness. It’s stumbling into a strobed-out room, puppeted along by whatever substances your blood has unwillfully absorbed; by whichever friends you’ve trusted to hand-guide you towards a future blurry with faceless torsos, gyrating in the dry-ice fog, dressed to kill.