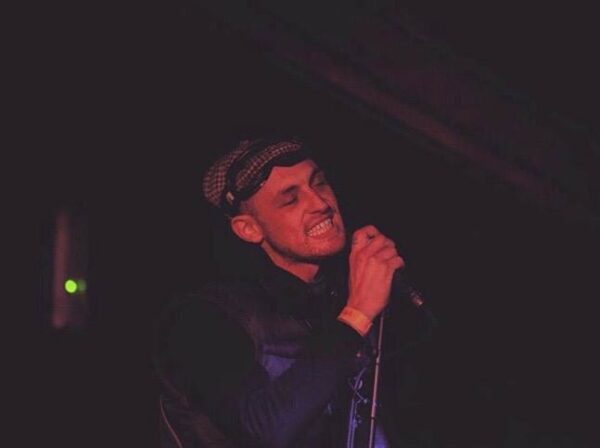 Muck Spreader are a vibrant, sentient being. An unspoken union between creatives influenced by the purely spiritual and meditative power of music, an entrancing escape for both musician and audience.

Based in South London, the collective is a completely open and collaborative project – inspired by the possibility afforded to them by working in an improvised state, liberated from the boundaries of the traditional form, the main focus is in their tangible rhythmic approach, detailing the importance of the actual physical performance and the way it’s expressed rather than the meaning or feeling behind it.

To introduce this immediately intriguing movement, they have shared ‘Paraphenalic’ – a suspenseful and textured work – and ‘Salacious’, a weighty and unnerving piece with a video directed by collaborator and documentarian Dorothy Allen Pickard.

Muck Spreader experiment with the idea of the human voice as a percussive instrument – exploring the intonation and delivery of the spoken word when using improvised thought. In ‘Paraphenalic’, the deep, booming utterance is commanding, stomping and whirling alongside emancipated drumming and lingering amongst the caustic and ghostly horns that drench the piece in a resonating hue. The delivery is biting yet playful, a persistent toying with enunciation, enjoying the taste of wrapping their tongue around the words like “suspicious” and “vicious” with a cutting finish.

‘Salacious’ is an even more expansive and explorative collaboration – a film that presents the lives of a crew of BMX kids in New Jersey, and the natural exuberance they possess for their relationship with their passion and with one another. The soundtrack itself twists around a more ominous motif – the range of instruments floating around a whirling, elongated note from a synth, with a gentler, more considered approach. It owns the feeling of a lengthy project that’s found their favourite cut – taking the most prescient moment of a fruitful endeavour and captured the unspoken power of what they are attempting to achieve – escapism for all.