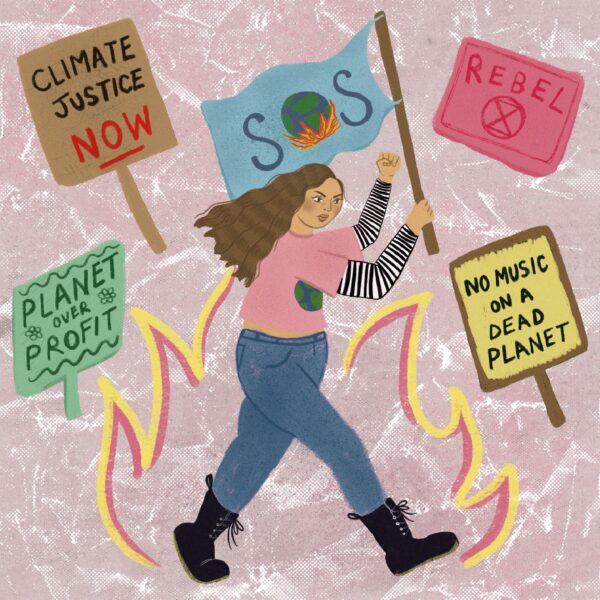 In the days leading up to the September Climate Strike, there was a noticeable buzz amongst the music industry. Across social media and chatter at gigs, there was a growing hum of people becoming increasingly concerned with the industry’s involvement with the climate protests.

Music has always been an essential ingredient in rebellion, be that against government, adversity, racism or war. It’s good to shout protest, but it’s even better to sing it. However it’s recently been questioned how green the music industry really is? From the endless flow of single-use plastic cups at gigs and festivals, to the PVC that makes our beloved vinyl, how can we as an industry be more conscious of our impact on the planet?

It’s the morning of Friday 20th September and Westminster station is predictably packed with protesters holding up an impressive portfolio of homemade signs and banners, spilling out into Parliament Square. I headed to the Lincoln statue to meet up with Music Declares Emergency, an independent group consisting of artists, music industry professionals and organisations concerned with the lack of response to the climate emergency.

There’s an excited buzz of anticipation amongst everyone and as they greet and chant, the group grows, their striking, yellow banner held high in the air. 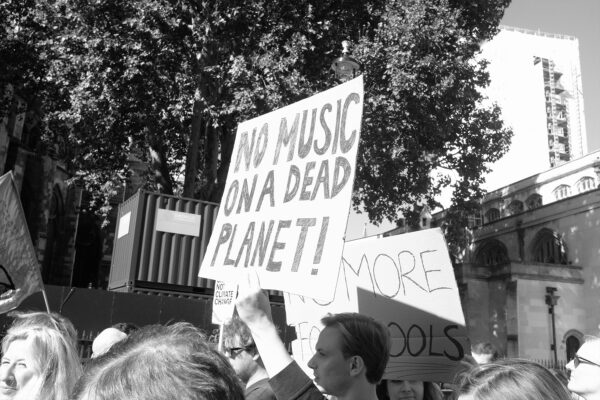 The march begins and the organisers dish out stickers and state their business through use of a microphone connected to a speaker on a sack barrow. It all feels appropriately punk. Amongst the sea of protesters are the familiar faces of representatives from XL Records, Young Turks, Ninja Tune and more, as well of plenty of artists in the mix too. 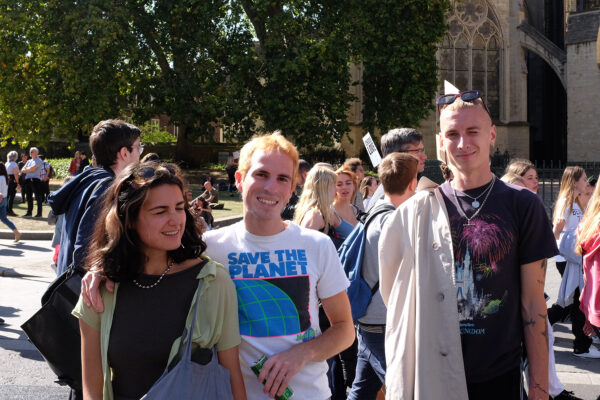 Weaving through everyone with a certain electricity about him is Hal. He’s eager to chat to anyone and everyone about the project, and offers me a swig of Prosecco when I approach him. I manage to chat to him, as well as Maddie, a record label worker and one of the founding members of MDE about their work and recent successes.

Maddie: We came together as a result of the April rebellion and decided that the music industry needed to have its own response to the climate emergency. So myself, Faye and Peter from Ninja Tune got together in a meeting room and lots of other industry people came on-board and we declared in July. Since then we’ve got over 2000 signees, including all the major record labels, hundreds of indie record labels, festivals and lots of major artists.

Were there any artists you were particularly proud to get on board?

Hal: Yeah, well Foals last night held up our banner at the Mercury’s [a large flag that reads ‘NO MUSIC ON A DEAD PLANET’], The 1975 have been in full support… Radiohead, The XX and Jamie XX [who were seen at the protest] and the list goes on. Its 2000 signatures from the top of the industry right down to buskers and street musicians; It’s quite amazing.

H: On our website musicdeclares.net there’s a whole load of information that’s been put together by us and our sister company Julie’s Bicycle about how to become more carbon-zero in the music industry. This goes for anything from an artist having a green rider, which they can use to make their venue use less single-use plastics, or perhaps a greener transportation system for their fans to come in and out, like a car-share or using buses and trains as opposed to driving to the venue in a singular way. There’s also all sorts of information on there for record labels, artists and all different factors of the music industry, to help them become more carbon neutral. 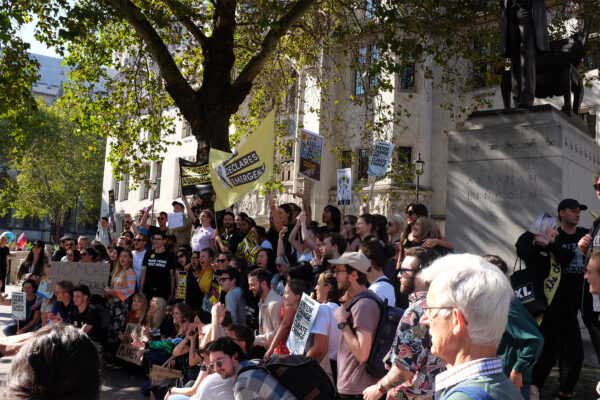 So what’s next after today?

M: We’ve got a big, industry-facing event on the 30th September [Grand Junction, Paddington], which you’re welcome to come to! And at that we’ve got a panel of speakers, we’ve got some artists playing… We’re gonna appeal to our signees to talk about how they want to move forward, then probably about 2 weeks after that we’re going to be having an open meeting for any new declarers that want to get more involved.

We’re also helping other countries to set up their own ‘Music Declares Emergency’s and we’re going to actually be going into the industry and working really closely with labels, festivals and promoters to really start putting in place actions that can seriously reduce their carbon emissions and help them as a whole to become a more sustainable industry.
And one of the main things we’re asking is, bigger artists especially, is to spread the word about the emergency and try and make people aware of how bad things really are… We’re gonna be lobbying government to speak up and out and to help us to become, as people and as a society, more sustainable because there’s only so much that individuals can do without governments getting involved, So we’re trying to put the pressure on the government. 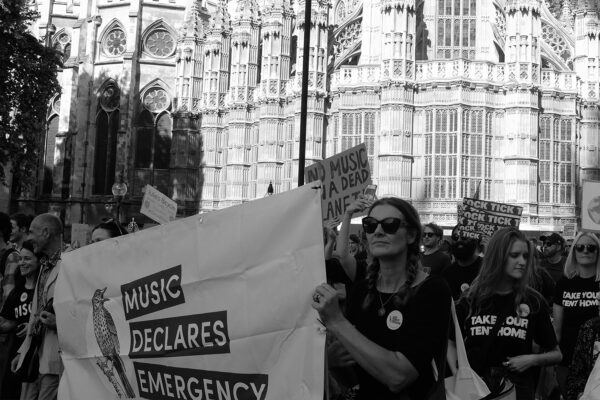 H: If you’re listening to [reading] this and you happen to be very financially wealthy we are always looking for donations to support the cause. We run on donations from artists and music industry bodies… so if you think we’re doing an amazing thing, then feel free to get in contact! 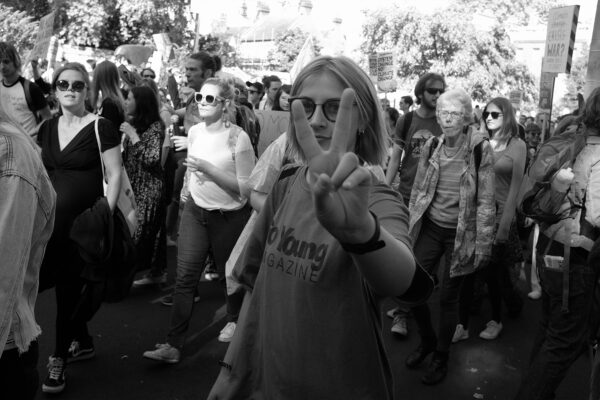 And where can people donate?

They can head to our website musicdeclares.net , all our information’s there! Contribute here

If you’re interested in the event on the 30th, get in contact with MDE on social media and they’ll let you know how to go about getting a ticket. See you there.