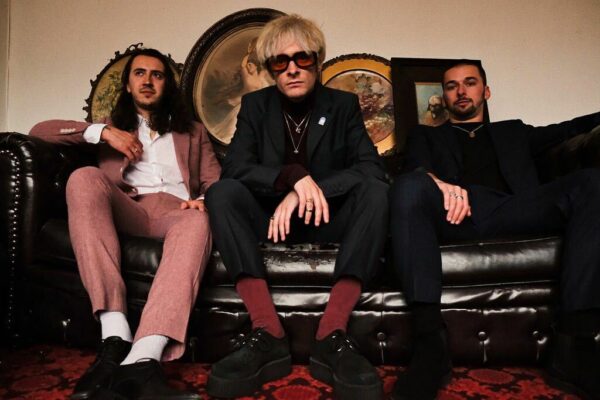 Whilst there’s an ever-attentive focus on the burgeoning London scene, other parts of the country have seen some of the most-exciting emerging artists produce, and one of those artists is Southampton’s, Mystic Peach.

Despite summer being very nearly over, the anthropomorphic fruit triplet have conjured a new piece of wizardry from their magic spell book with ‘She’s So Neat’, along with the announcement of their much-anticipated debut EP ‘M?’ (Out 12th November). Released via label and events hybrid, Honeymooner, Mystic Peach’s ‘She’s So Neat’ is one from the pool of live bangers that the trio slay with.

Interweaving between jangly-indie, a smidgen of shoegaze and grunge-laden riffs, the 2 minute rawkus pint-spiller for the sweaty small rooms, stadium halls and festival days sees the retention of Mystic Peach’s antsy signature sound which reflects their beastly live show. The trio refuse to be pigeon-holed into one genre, and instead, halt us into their inter-dimensional sonic maze.

On the most-pit-ready anthem, Curtis Gale adds, “‘She’s So Neat’ is like the drunk song of the lot. It’s going out with your mates when you’re sad and then ending up in a state of momentary happiness; waiting for the impending doom that’s about to explode and seal the fate for the rest of the night- in this case the EP.”