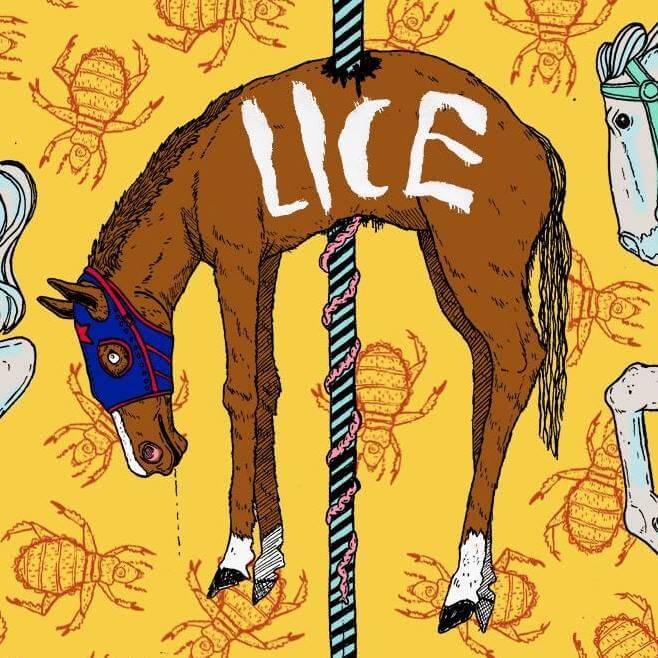 When Lice begin their set in the cider stained piss stinking city that is The Crofter’s Rights we are met with the possessed eyes of Silas, their brooding, hunched guitarist, along with frontman Alaistair’s unwashed mouth. The drumming is so erratic and the melodies so hard to follow that it feels like at any moment everything could fall apart, but they manage to keep hold of it- just. Rash, off-beat rhythms combined with this almost benign voice sizzling and racing over it- Country Teasers on speed. I mean its just fucking relentless! Restless and relentless, the songs blur into one another in this awful, beautiful mess. And they’ve managed to capture this essence perfectly on their EP ‘Nutmilk: The Basement Demos’.

Despite bringing you to a near anxiety attack on the first listen it still manages to be composed and in control and is an intensely liberating listen because it isn’t all darkness. The mutating time signatures create this shifting light and dark effect. It doesn’t bring us all the way down because the energy and momentum created keeps the songs weightless, while the wonderful brass lines in ‘Ted’s Dead’ keep us on our feet. And then you get to a track like ‘Stammering Bill’, and the music is just bolting forward; the lyrics desperately trying to keep up with the music and us desperately trying to keep up with them. The song reaches an explosive climax with bassist Gareth’s crippling yowl, but we are far from the end as it enters a new field and forges a whole new identity for itself. This is what I mean about Lice’s relentlessness, its not tedious at all… it’s controlled, infinite and multi-dimensional. They seem to be composed of more layers than the typical bands of the post punk movement. Its all a bit more complex, sophisticated even, but always humble and refined. Lice don’t undermine their audience, they make us work a lot harder to keep up, inducing a different kind of live and listening experience.